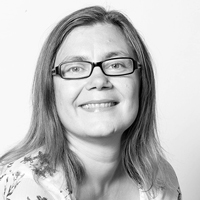 Maria, what are the main activities of the Federal Commission for Scholarships for Foreign Students? and what is your role in it?
In simple terms, *FCS’ work is a contribution supported by the Swiss government to “make the world a better place”, specifically, by providing new research training opportunities and “know-how” exchange throughout the world, based on solely one criterion – scientific excellence. More formally, the Federal Excellence Scholarship Instrument is central to Swiss government’s international strategy for education, research and innovation. Ambitious and high-achieving foreign researchers have the opportunity to complete their academic education and training through a research stay, PhD or postdoctoral studies at a Swiss university. In particular, FCS contributes to the promotion of young academics in developing countries. Ideally, foreign scholars can bring the new skills and expertise acquired at Swiss institutions back to their own country, further contributing to local research and innovation programs and expanded international collaborations. As a scientific expert of FCS committee, I evaluate applications within the area of my expertise – bioinformatics and computational life sciences. Each application receives a score based on the scientific quality of the proposal, the quality of the host support and the excellence of the candidate. The committee meets three times a year. The first two meetings are dedicated to the consolidation of the evaluation results and selection of successful candidates. The third committee meeting is intended to have a look back at the work of the committee, and to identify and resolve any standing issues in the FCS strategy and in the process of evaluation and the distribution of scholarships.

How can ZHAW benefit from your commitment? On the one hand the researchers internally, otherwise the ZHAW as a whole against the outside.
Internally, I support ZHAW researchers with information and advice on FCS applications. I am working on raising the awareness about the FCS program and the opportunities it brings for the success of current research projects at ZHAW. For Swiss research teams FCS program provides the chance to better use the already existing international collaborations by hosting a foreign research fellow, as well as to develop new collaborations by pro-actively approaching the foreign teams abroad for search of complimentary expertise. More actively engaging in schemes like FCS, also has a tremendous effect on the ZHAW external standing. Clearly, any instrument that can support ZHAW in strengthening and developing international collaborations is also beneficial for ZHAW’s research reputation and visibility. Improving the international ties also improves the quality of visiting scholars and students entering research and study programs within ZHAW. Currently, ETH and main stream universities (Zürich, Lausanne, Geneva, Bern and Basel) host the largest numbers of FCS scholars. The number of applications from applied universities are much lower. The most successful of applied universities in FCS program so far – FHNW, HES-SO, and SUPSI – each currently host 6 -7 scholars. The lower number of successful candidates in applied universities cannot be explained by a lower quality of research. So far, the applications from applied universities I have evaluated over the past couple of years have been of an extremely high quality, offering FCS scholars not only the access to state-of the art technologies and innovations but also offering the exposure to exciting collaborations with industry partners. This demonstrates that there is a huge potential for ZHAW to exploit the FCS program much better. Therefore, I advise research group leaders at ZHAW to think about their international collaborations in the longer term: look out for good candidates in advance through your existing collaborators, contact new partners with matching research interests, discuss the exchange opportunities that will make use of the complimentary expertise in different research teams. This approach will facilitate the current strategy of ZHAW to improve the international standing and visibility of ZHAW world-wide.

How have the numbers of applications developed, ZHAW and in total?
Every year FCS receives between 9-12 hundred applications from around the world. In 2019 there was a positive, albeit modest development towards a higher number of awarded FCS scholarships across ZHAW (successful applications from 0.3% in 2016 -2018 to 1.5% 2019). While the numbers of accepted scholarships are still very low, there is a growing awareness about the program within the ZHAW. More ZHAW researchers approach me for advice on the application process and on the selection of candidates. For further statistics see Twitter Account @Swiss_FCS.

And how many exchange researchers are currently in Switzerland, at ZHAW and in total?
For the academic year 2019-2020 a total of 206 new foreign scholars funded by FCS scholarships are in Switzerland (plus 157 renewed scholarships, typically to fund the second and third year for PhD students). In ZHAW the numbers are still very low: currently 1 research internship and 2 postdocs are funded by FCS scholarships. These are however, first successful postdoc candidates at ZHAW, as no FCS postdoc has been funded previously at ZHAW. Also note that in 2018 FCS has introduced stricter criteria for postdoc selection, requiring applicants to be junior scientists, i.e., no more 3 years after their PhD.

How is the work of the Commission going, how long is the program still running?
The program has a long history, counting over 8400 alumni since 1961. Over this time the commission has developed a network of diplomatic relationships that spans embassy representatives from 183 countries. A fixed budget is allocated by the Swiss confederation for a period of several years, which the committee distributes based on expert evaluations. The program continues for the period of its mandate from the Swiss confederation, which is regularly renewed based on the favorable evaluation of committee’s work.

*FCS = Federal Commission for Scholarships for Foreign Students. “ESKAS” is the German abbreviation.

Personal Information:
Maria Anisimova is senior research associate and lecturer at the Institute of Applied Simulation at ZHAW. Her research is in Applied Bioinformatics and Computational Evolutionary Genomics.

Maria Anisimova is available for further information on the FCS.