END_OF_DOCUMENT_TOKEN_TO_BE_REPLACED

Our flagship open-source framework for cloud billing – Cyclops has matured to version 2.0 today. Over the past several months, Cyclops team at ICCLab have gathered community feedbacks, worked systematically updating and re-updating the framework core architecture to make the whole work-flow of billing of cloud services clean and seamless.

The core components in principle are still same as in our previous releases: udr, rc and billing micro-services, but they have been written again from scratch with main focus on modularity, extensibility, and elasticity. The framework is highly configurable and can be deployed as per the unique needs of billing use-cases of any organization. 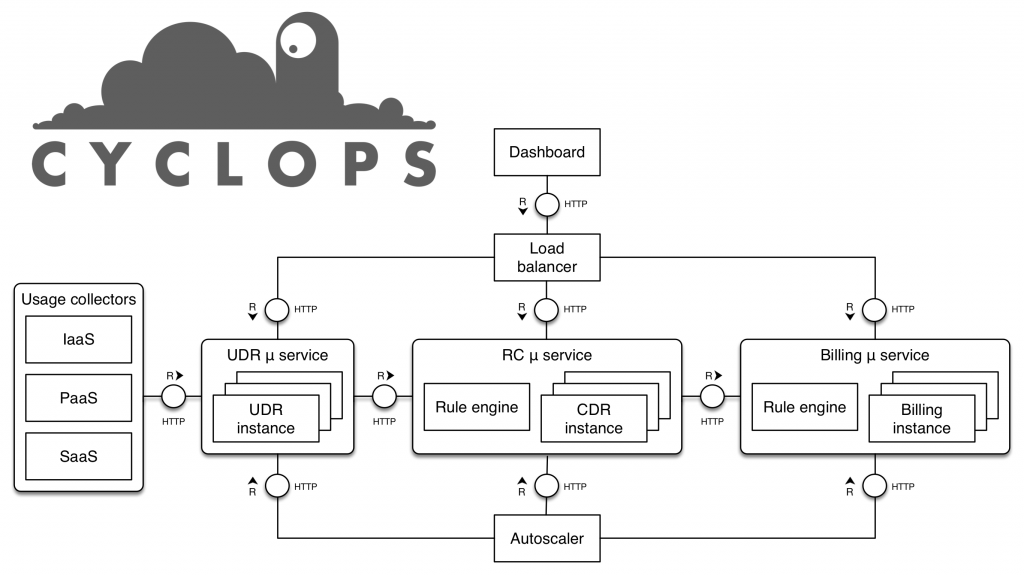 END_OF_DOCUMENT_TOKEN_TO_BE_REPLACED

What does half a spare day lead to with an ICCLab researcher? Something fun and interesting one would hope!

END_OF_DOCUMENT_TOKEN_TO_BE_REPLACED

The Cyclops team at SE research group in InIT is pleased to announce their upcoming talk at OpenStack CEE Day 2016. Cyclops is undergoing development at breakneck speed and many improvements have been incorporated in the framework in last 6 months. Interested? Then hear us out in Budapest on June 06, 2016. END_OF_DOCUMENT_TOKEN_TO_BE_REPLACED

The Service Engineering (SE, blog.zhaw.ch/icclab) group at the Zurich University of Applied Sciences (ZHAW) / Institute of Applied Information Technology (InIT) in Switzerland is seeking applications for a full-time position at its Winterthur facility.

The successful candidate will work in the InIT Cloud Computing Lab (ICCLab) and will contribute to the research initiative on advanced rating-charging-billing (rcb) systems for clouds. END_OF_DOCUMENT_TOKEN_TO_BE_REPLACED

Title: SCALE-UP: Services for the Swiss Cloud for Academic and Learning Experts

Funded by: CUS 2013-2016 P-2 from swissuniversities END_OF_DOCUMENT_TOKEN_TO_BE_REPLACED

Funded By: Commission for Technology and Innovation

Summary:
Cloud computing is increasingly providing the resource and computing needs of businesses and enterprises worldwide. With well known companies adopting a cloud based operating roadmap, the confidence in the business propositions of cloud computing is on an upward trend. While many traditional sectors including banking, health, and public sector’s government services still do not wish to lose complete control on resource management, even they are increasingly adopting virtualization and private cloud deployments to improve utilization. And in between, there are numerous organizations that adopt a middle approach – a combination of in-house infrastructure for critical computational and storage needs while using public clouds for non critical jobs to achieve price benefits and yet keep control on data and processes that they deem critical.

The above analysis is generally valid in all the three cloud service offerings – IaaS, PaaS, and SaaS. It is increasingly becoming common for profit driven, agile enterprises to adopt a combination of all of the above – in-house private cloud + public IaaS + PaaS + SaaS solutions to optimize the Return of Investment (RoI).

The common task undertaken by any CEO is optimizing the financial outlay by identifying how each division is using the budget, what is the cost of using the resources and whether there is a synergy among various departments in terms of resource usage or not. With the gradual shift from a fully in house infrastructure to outsourcing some of the computing needs to public providers of IaaS, PaaS, and SaaS, this task of cost management is increasingly becoming more challenging.

The project aims to research models and algorithms addressing the concerns outlined above.

ICCLab, ZHAW is pleased to announce the successful start of the project SCALE-UP which is funded under program CUS 2013-2016 P-2 from swissuniversities. The project consortium includes 9 leading universities of Switzerland including EPFL, Universities of Bern, Basel, St. Gallen, USI, ZHAW, FHNW, FFHS, and FHSG. The kick-off meeting took place on August 28, 2015, at the project coordinator’s premises. The consortium is led by SWITCH. END_OF_DOCUMENT_TOKEN_TO_BE_REPLACED

Everyone in the lab wishing Victor a speedy recovery. Get well soon Victor.. ICCLab participated in the first FUSECO (Future Seamless Communications) Forum in Asia, held in Bali, Indonesia on the 9th and 10th June 2014. The Forum was organised jointly by PT Telekom Indonesia and Fraunhofer FOKUS. The event was attended by around 300 guests from 14 countries and hosted talks on several technical and business aspects of emerging ecosystems within Smart cities and more.

The two day event featured four keynotes, six technical sessions, one vendor session and a final panel discussion on the challenges and opportunities in the establishment of smart cities infrastructure. In addition to the above, vendor exhibition from Huawei, Fiberhome, ZTE, Cisco and Fraunhofer were presented.

The first day ended with a Balinese beach party and buffet for the delegates, giving them a chance to discuss on the subjects opened at the Forum and show a glimpse of the local food, dance and music.

The second day of the Forum started with two keynotes, first on “Mastering the Innovation Challenges of the Future Network Operators in an Emerging IoT World” by Dr. Roberto Minerva (Telekom Italia) and the second by Ir. Rizkan Chandra who talked on the challenges of the transition from a telecommunications company into a digital company.

On the 2nd day our own Thomas Bohnert gave a talk on FIWARE – A European Perspective on enabling Future Internet and Smart Cities. He was also one of the panelist on Panel-Smart City Ecosystems, Challenges, and Opportunities. After the technical sessions concluded, a Dedicated Best Practice Vendor Session brought the Vendor exhibitors (mentioned above) to the stage to present their current engagements in Cloud based IMS deployments, Smart City portals and solutions in China.

The event ended with a final announcement, based on the successful execution of the first FFAsia, that the second FUSECO Forum Asia to be held in Bali again in mid 2015, which will also feature an additional IEEE FUSECO Workshop.

Some pictures to give you a glimpse of the event.