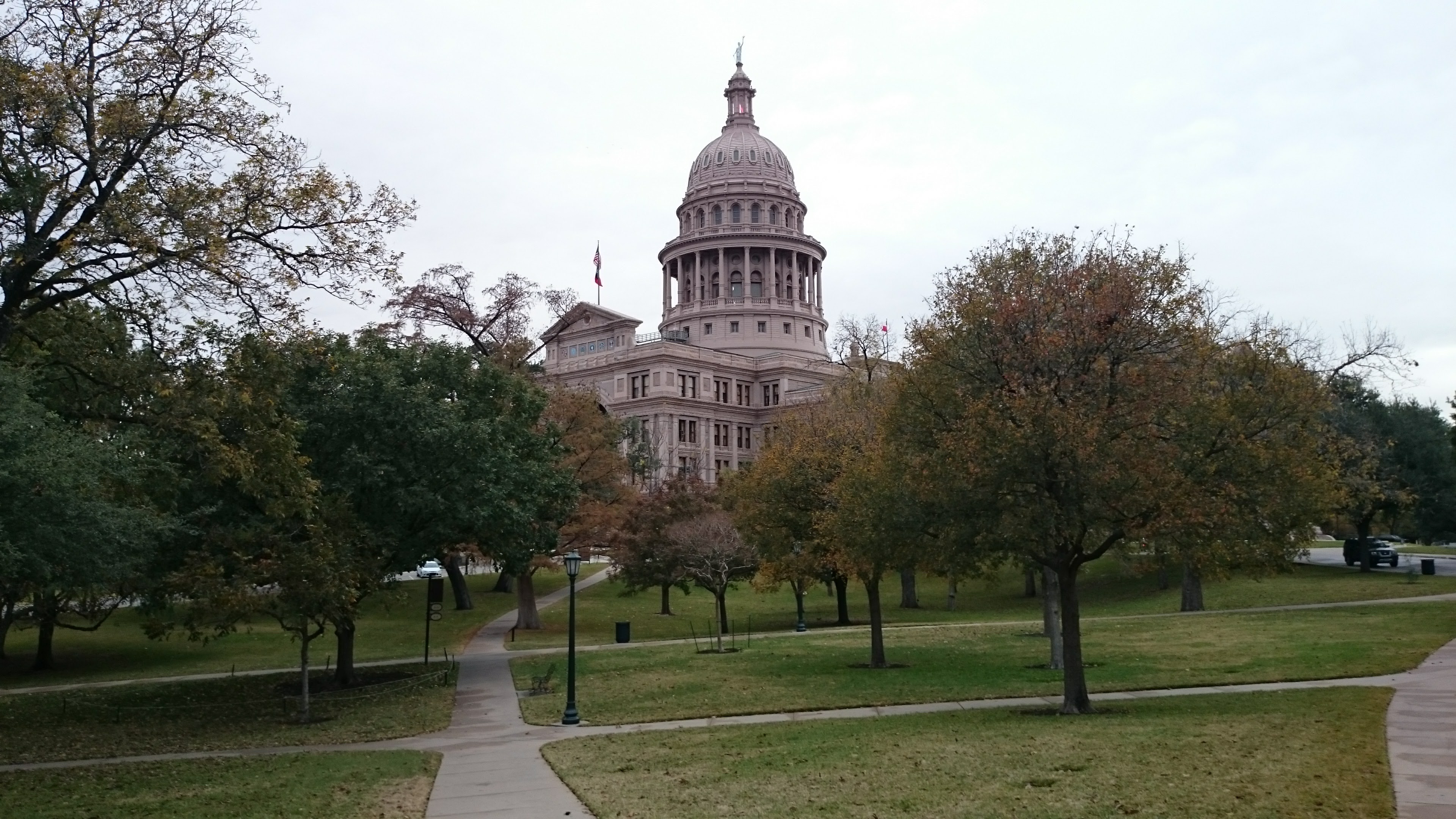 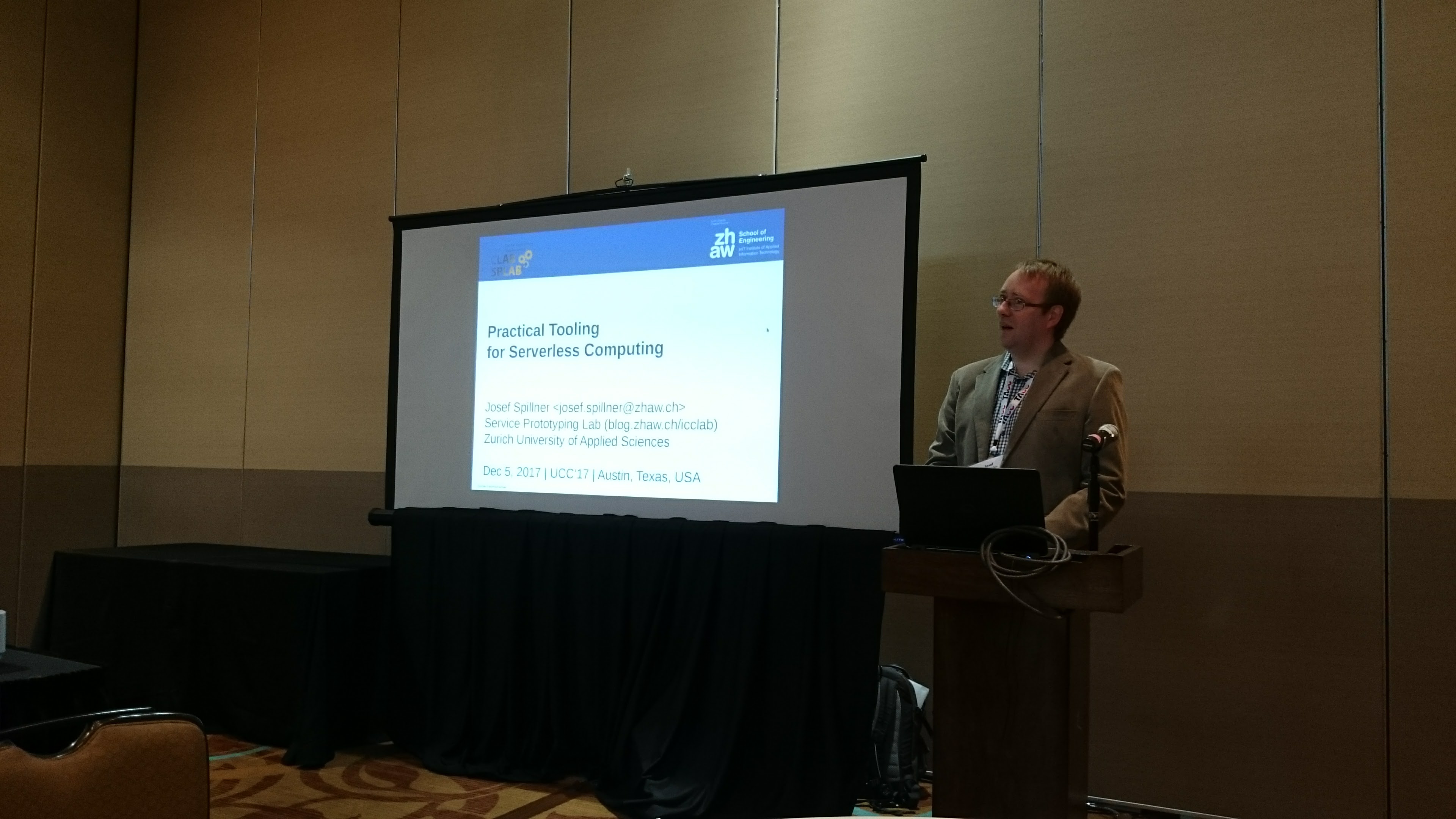 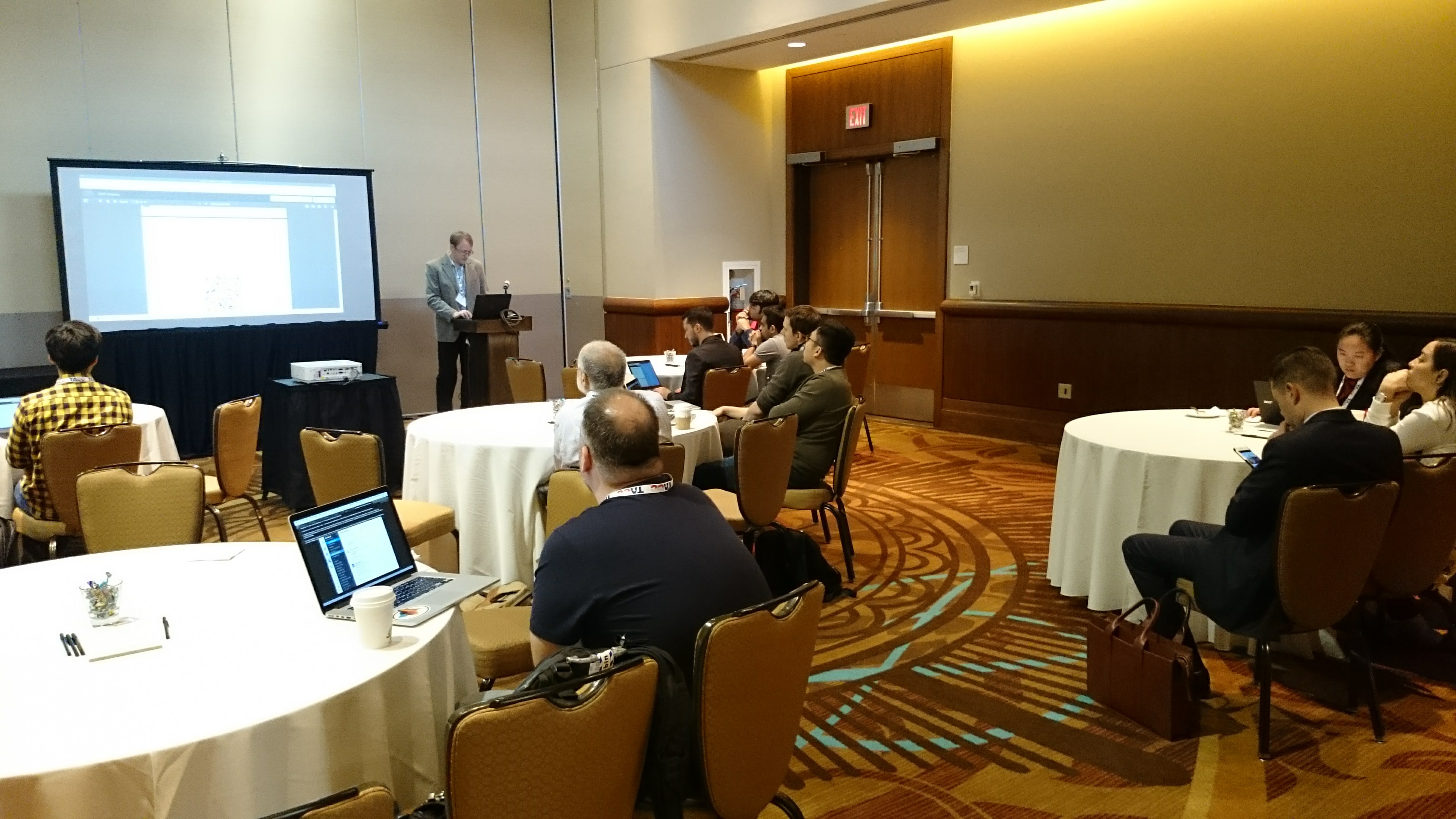 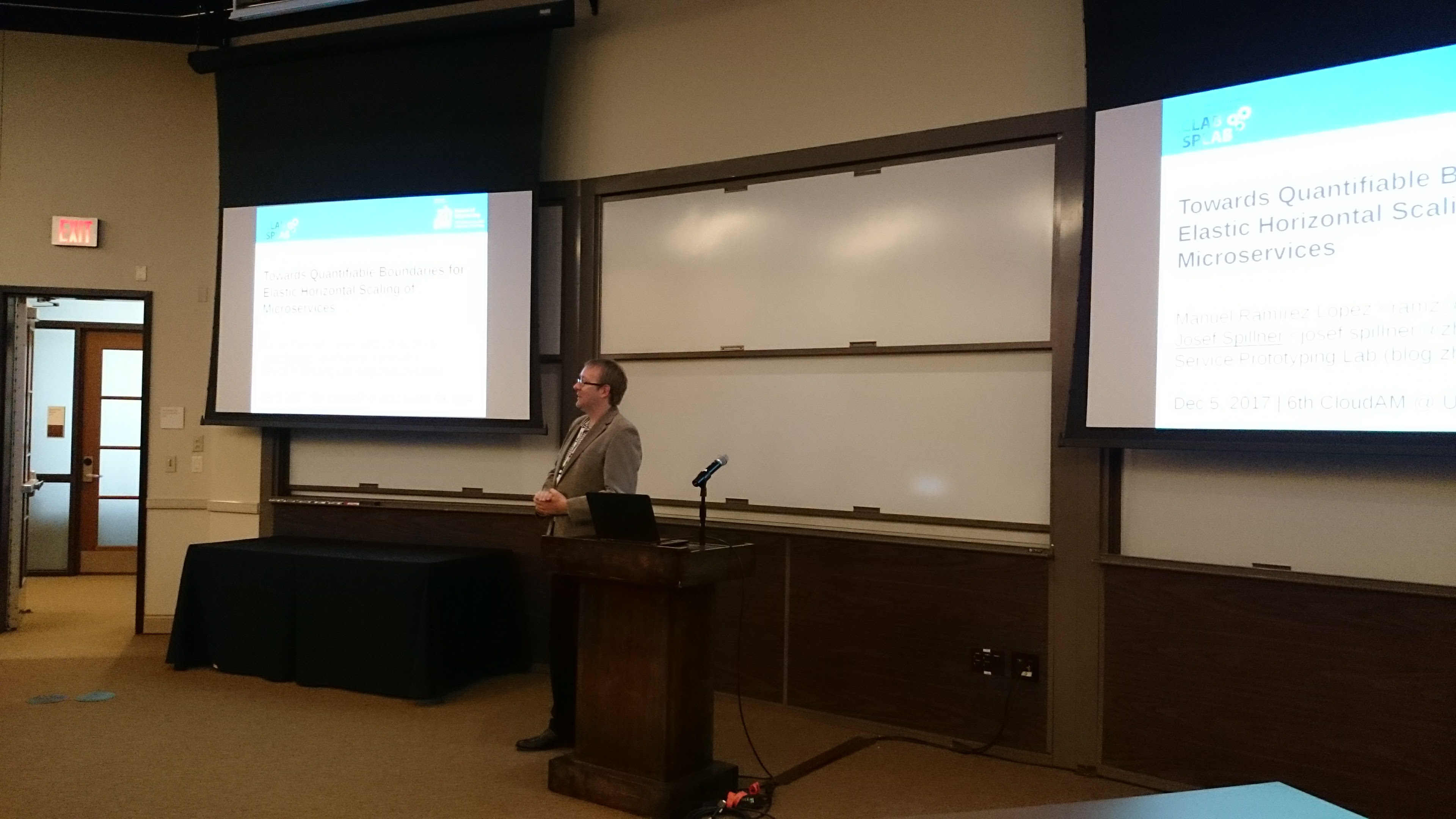 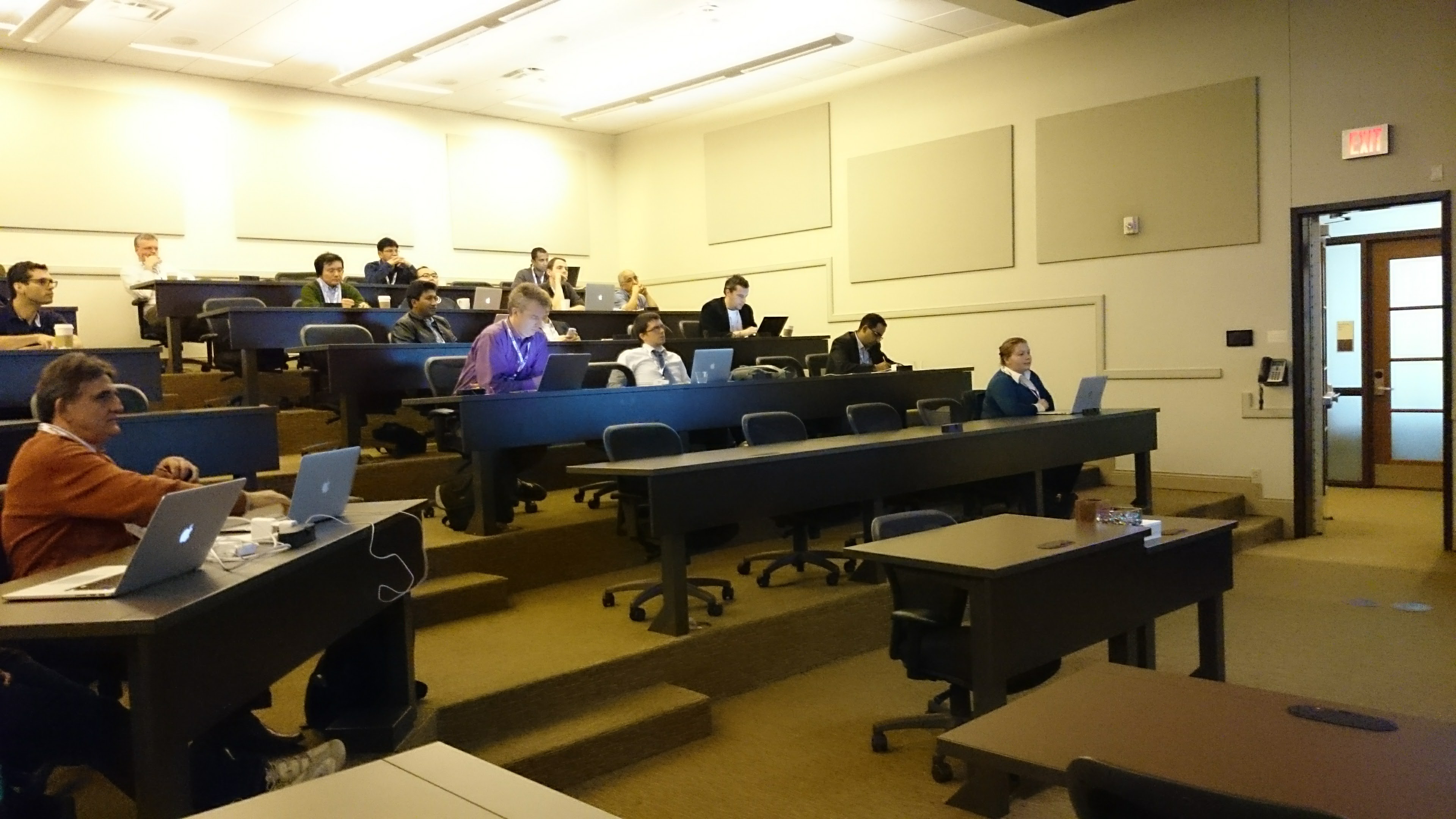 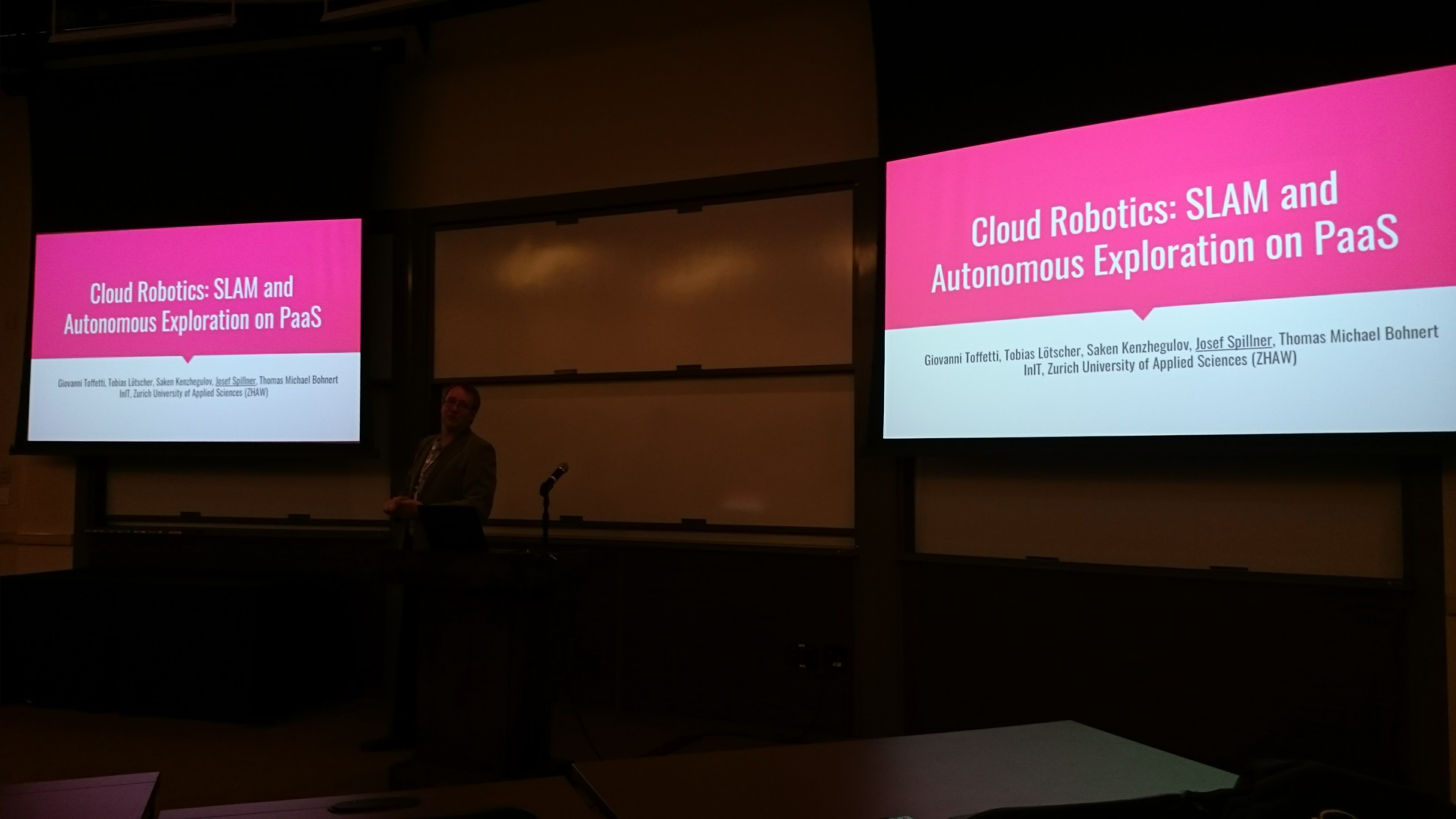 SPLab is adequately represented in nearly every session in Day 1 program, starting with the in depth FaaS and Serverless tutorial given by Josef.

Josef talks about the latest industry and academic trends in serverless computing, describes the FaaS process and on how one could bring the cost lower by using filters. He defines FaaS formally as characterised by programming model, deployment model and execution model (time limit, microbilling), as well as defining FaaS technically based on the input/processing/output characterisation. Even though FaaS is quite recent, Josef managed to still capture a bit of history and chronological developments in this space. AWS Step function is a declarative language that introduced the notion of function orchestration. His tutorial further covers the FaaS examples supported by AWS Lambda, OpenWhisk, Fission, Azure Functions. Later in the tutorial, the audience got a hands on experience of working with SPLab’s developed tools such as Lambada, Termite and Podilzer.

During the second half of the tutorial a various major FaaS providers were compared along multiple dimensions, cost-time analysis, language support, even language version supports, resources (memory, storage) support, etc. Fission came out as a clear winner in the open source space. But on the downside, Fissions supports yet another (its own) programming model. Later the attendees got a detailed hands on experience with Snafu – the Swiss army knife of serverless computing which has been developed in house by Josef himself.

Towards the end of the 4 hour tutorial session, Josef covered some of the emerging research problems in this field followed by a very interactive discussion with the audience.

The afternoon session saw two of our papers being presented in different parallel tracks of the 6th CloudAM workshop: “Towards Quantifiable Boundaries for Elastic Horizontal Scaling of Microservices” and “Cloud Robotics: SLAM and autonomous exploration on PaaS” disseminating the recent advances made by SPLab and ICCLab researchers in cutting edge fields of micro-services and cloud robotics.

Of course, we were also impressed with some of the results of other researchers. Kevin Walsh tackled an important issue of authentication and attestation among microservices. In general, the topic of cloud-native applications and microservices is already a lot more reflected in talks compared to our last CloudAM talk two years ago, which emphasises our current research in this direction in the CNA initiative. Benjamin Byholm talked about optimising deployment with fragmented bin-packing which essentially is similar to our discourse on splitting microservices into functions. This work will likely influence our thinking on future directions.

The 1st full day at UCC 2017 has been quite eventful with interesting discussions breaking out based on the presentations given in parallel workshops, and we are hopeful the trend will continue in the following days as well. Stay tuned for more insider assessment coming out in the next few days!