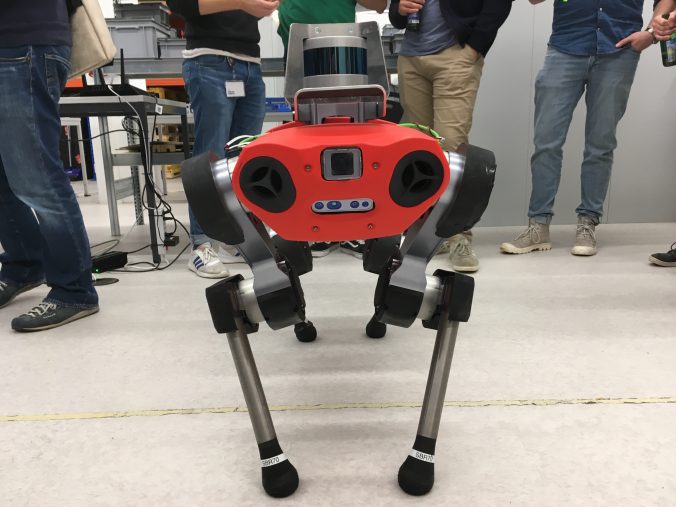 END_OF_DOCUMENT_TOKEN_TO_BE_REPLACED

The third robotics and ROS in Zürich meetup was organized and hosted by ICCLab on June 19th 2019. There was a good turnout from representatives in both academia and industry, totaling about 25 people in attendance. For our third meetup we had two presentations: “Perception and action planning in complex environments with ROS” by Rastislav Marko and Martin Möller from F&P Personal Robotics and “Self-calibrating camera position and grasping with Niryo arm” by Dimitrios Dimopoulos from ICCLab, ZHAW.

Summary of presentation #1: Perception and action planning in complex environments with ROS by Marko Rastislav and Martin Möller from F&P Personal Robotics

Martin Möller opened the first talk with a brief introduction of the company and one of its collaborations with ZHAW in the past. Next an overview of the hardware components of P-Rob 2R was given. This robot lies at the heart of the company’s solutions, including Lio, a mobile service robot, which was the focus of the talk. Following that, myP, the core robot library with its accompanying graphical control interface, was presented in action and a quick look at its architecture and configuration was showcased. Finally, Martin mentioned the key sensor components used by the mobile service robot.

END_OF_DOCUMENT_TOKEN_TO_BE_REPLACED

The second robotics and ROS meetup in Zürich was organized by ICCLab and hosted by Dr. Romana Rust and Gonzalo Casas from Gramazio Kohler Research, ETH Zürich, on May 14th 2019. There was a good turnout from representatives in both academia and industry, totaling about 45 people in attendance. For this second meetup we had three presentations: “ROS for Digital Fabrication in Architecture”, “ROS Integration into Magic Leap” and “Next Generation Security” from Wecorp.

Dr. Romana Rust opened the first talk by showcasing ongoing and past projects of the Gramazio Kohler Research group. Specifically she presented the usage of industrial grade robots and ROS in additive digital fabrication and the ways they allow for a novel approach in building non-standardized architectural components.

END_OF_DOCUMENT_TOKEN_TO_BE_REPLACED

In most development processes hiccups are unavoidable. Our grasping application using the Niryo One arm was no exception. During testing, we had two of our arms break down and with this post, we would like to share our experiences with debugging and resolving these issues.

As far as we can understand, the axis 6 motor (Dynamixel XL-320 model) in the first arm, which is responsible for turning the gripper around, was damaged due to the gripper hitting the table. Since the gripper does not have an applied force feedback shutdown procedure, one of the motors probably broke down from overloading. Note that there is no gripper URDF model provided and octomap integration into the project was not yet complete at the time, so the kinematics planner was not aware of the table’s existence. As for our second arm, the culprit was the power adapter. The Dynamixel XL-430 motors are rated for 11.1 Volts, but the adapter supplied is a 12V one, which can cause permanent damage due to overheating if the arm is operating for prolonged periods of time. This design oversight was amended in Niryo One models shipped after November 2018, but in any case, you should check the rating of the power adapter provided and request a replacement if needed.

END_OF_DOCUMENT_TOKEN_TO_BE_REPLACED

Running the ICCLab ROS Kinetic environment on your own laptop

As we are making progress on the development of robotic applications in our lab, we experience benefits from providing an easy-to-deploy common ROS Kinetic environment for our developers so that there is no initial setup time needed before starting working on the real code. At the same time, any interested users that would like to test and navigate our code implementations could do this with a few commands. One git clone command is now enough to download our up-to-date repository to your local computer and run our ROS kinetic environment including a workspace with the current ROS projects.

To reach this goal we created a container that includes the ROS Kinetic distribution, all needed dependencies and software packages needed for our projects. No additional installation or configuration steps are needed before testing our applications. The git repository of reference can be found at this link: https://github.com/icclab/rosdocked-irlab

END_OF_DOCUMENT_TOKEN_TO_BE_REPLACED

Configuring the ROS Navigation Stack on a new robot

Our lab has acquired a new robot as part of its ROS based robotic fleet. We opted with the SUMMIT-XL Steel from Robotnik; a behemoth compared to our much-loved TurtleBots.

END_OF_DOCUMENT_TOKEN_TO_BE_REPLACED

We haven’t updated the blog with robotics news in a while, but we actually have plenty to tell and much more to come soon.

First of all the robotics team has gained new strength with the addition of Andy, Dimitris, Leo, Rod, and Thomas. Tobi and Lukasz have left us, but we are still working on collaborating remotely.

On top of amazing people, the team has grown also in terms of robots. From the month of October we have finally started receiving our new robotic hardware and got to play with it.

END_OF_DOCUMENT_TOKEN_TO_BE_REPLACED

For third time in a row we attended ROSCon, this year held in beautiful Vancouver.
Our goals besides seeing the newest trends in the ROS and Robotics universe first hand, and finding some new robotic hardware directly from manufacturers, was to support our partners from Rapyuta Robotics (RR) in presenting and performing a demo of the first preview of their upcoming Cloud Robotics Platform. 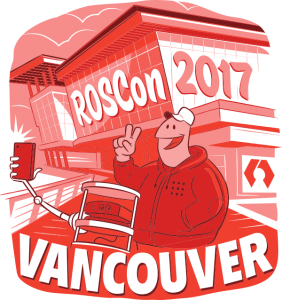 END_OF_DOCUMENT_TOKEN_TO_BE_REPLACED

In the context of the ECRP Project, we need to orchestrate intercommunicating components and services running on robots and in the cloud. The communication of this components relies on several protocols including L7 as well as L4 protocols such as TCP and UDP.

One of the solutions we are testing as the base technology for the ECRP cloud platform is OpenShift. As a proof of concept, we wanted to test TCP connectivity to components deployed in our OpenShift 1.3 cluster. We chose to run two RabbitMQ instances and make them accessible from the Internet to act as TCP endpoints for incoming robot connections.

The concept of “route” in OpenShift has the purpose to enable connections from outside the cluster to services and containers. Unfortunately, the default router component in OpenShift only supports HTTP/HTTPS traffic, hence cannot natively support our intended use case. However, Openshift routing can be extended with so called “custom routers”.

This blog post will lead you through the process of creating and deploying a custom router supporting TCP traffic and SNI routing in OpenShift.