The 08:16 intercity train from Amsterdam Centraal took us almost straight to the door of the Utrecht municipality building where an interesting half day with the CFO of Utrecht was awaiting us. The municipality decided to move to this very central location to be more prominent and accessible for the public. The building from 2014 is light and open – even though it is constructed from more steel than the Eiffel tower as we would learn later during our tour.

Frank Halsema, CFO of Utrecht, welcomed us with coffee, cake and an introductory presentation on the city of Utrecht. Utrecht is the 4th largest city in the Netherlands with approximately 350’000 inhabitants and an expected growth of 20% in the next 15 years. “The city of growth”, “the city of work” and “the city of bicycles” has a long history starting 50 years a.c. and is proud of its heritage with the tallest dome tower in the Netherlands (112m) but also its modern status with the biggest bike parking in Europe (12’500 bikes) and its healthy urban living vision (video on youtube). 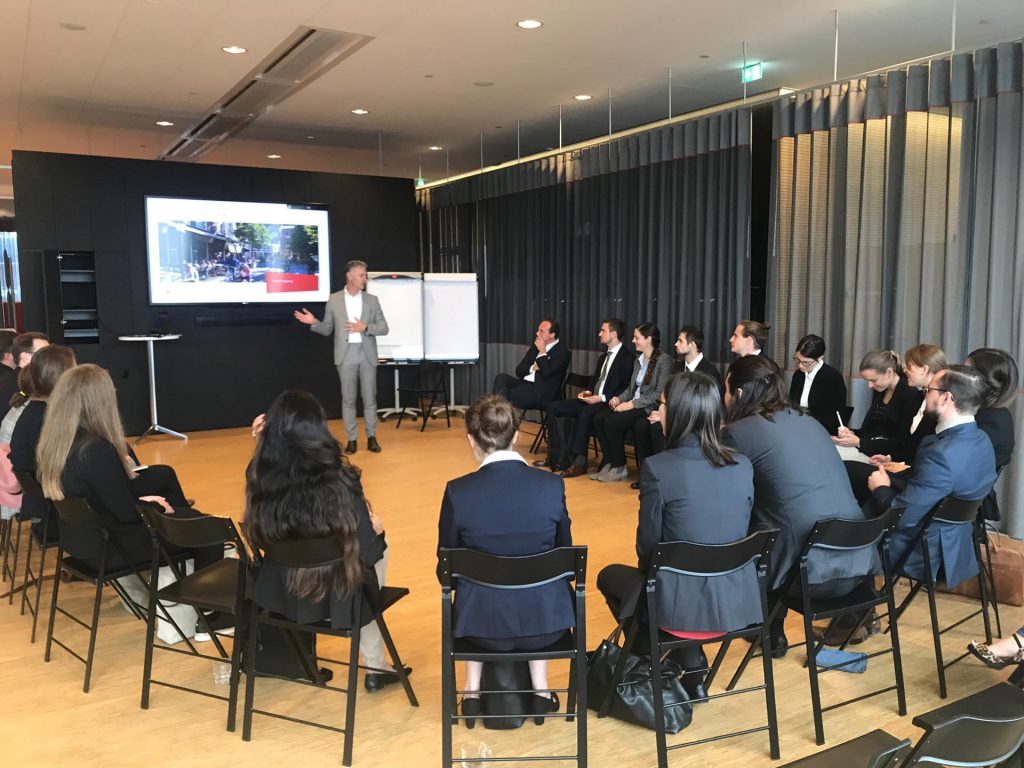 The morning continued with Jasper Woelfjes, tax expert for the municipality who gave us some insight into the specialities of their system compared with the Swiss system. Only 3.5% of taxation is done on municipality level whereas 95% is taxed by the national government. This and the system of the municipality fund with 60 criteria defining who receives how much budget gives the municipalities much less autonomy than Swiss municipalities. If the national government does not spend enough money, then the municipalities also receive less spending money – the frustration on this point was noticeable and the Swiss system preferable in the eyes of the Utrecht financial experts. Furthermore, municipalities cannot define new taxation methods for their citizens, these are also defined on national level. However, in the municipality of Utrecht a group of businesses approached the taxation office and requested an increase in taxes of 11.1% to create a business fund which is then reinvested in community projects in the regions the businesses are active in. And the bottom line of the budget: always 0. Revenue has to equal expenses.

A second Frank then gave us a tour of the building. The building is situated on the “other” side of the railway station – previously no-mans-land, now becoming the new city centre. The first six floors of the building are open plan and can by used by the public for studying, working and marrying. The other 15 floors are occupied by the municipality. The views across Utrecht from the 21st floor, where we spent most of our time, were spectacular – even in the rain. 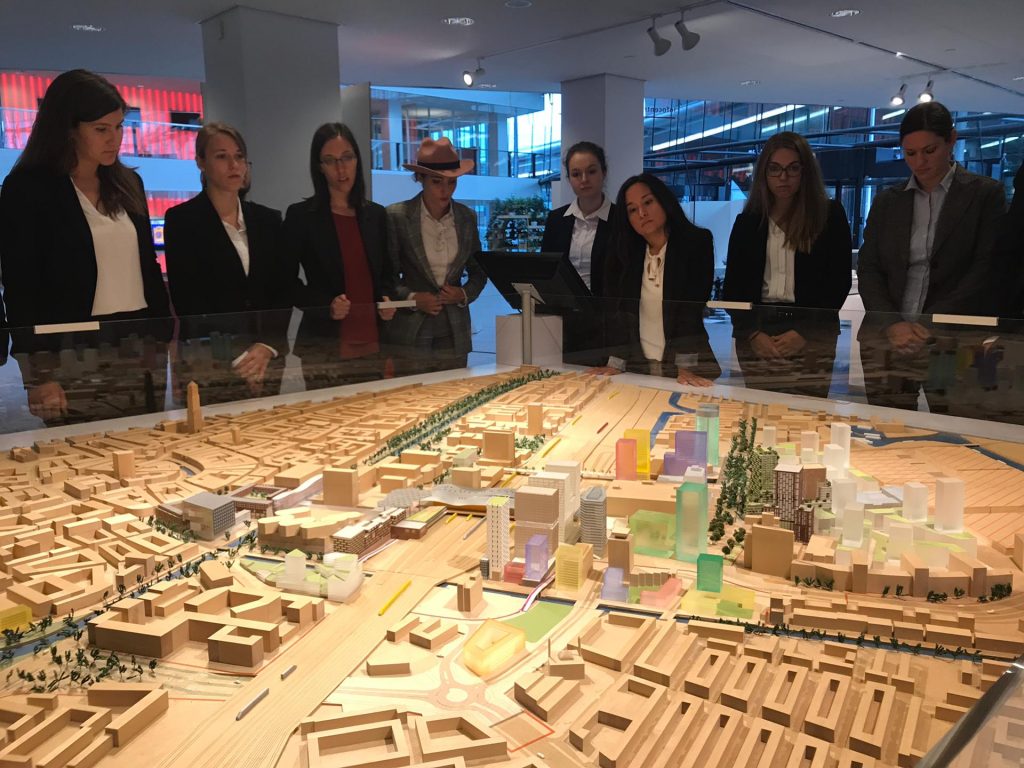 City model of Utrecht being explained by the second Frank

Auke Timmerman, business controller for the work & income unit, took us on a simulated retreat of the council of the mayor and aldermen of Utrecht. Part of their yearly planning cycle is the spring note where they discuss and negotiate the use of the yearly allocated revenue for the next year. In five groups representing the mayor and four aldermen we made proposals to adapt the budget to meet the final goal of having zero difference between revenue and expenses. The aim: “everybody has to leave the building as a winner”. The reduction of the budget for sports fields expansions and the Vuelta which passes Utrecht in 2020 were measures to achieve this aim. 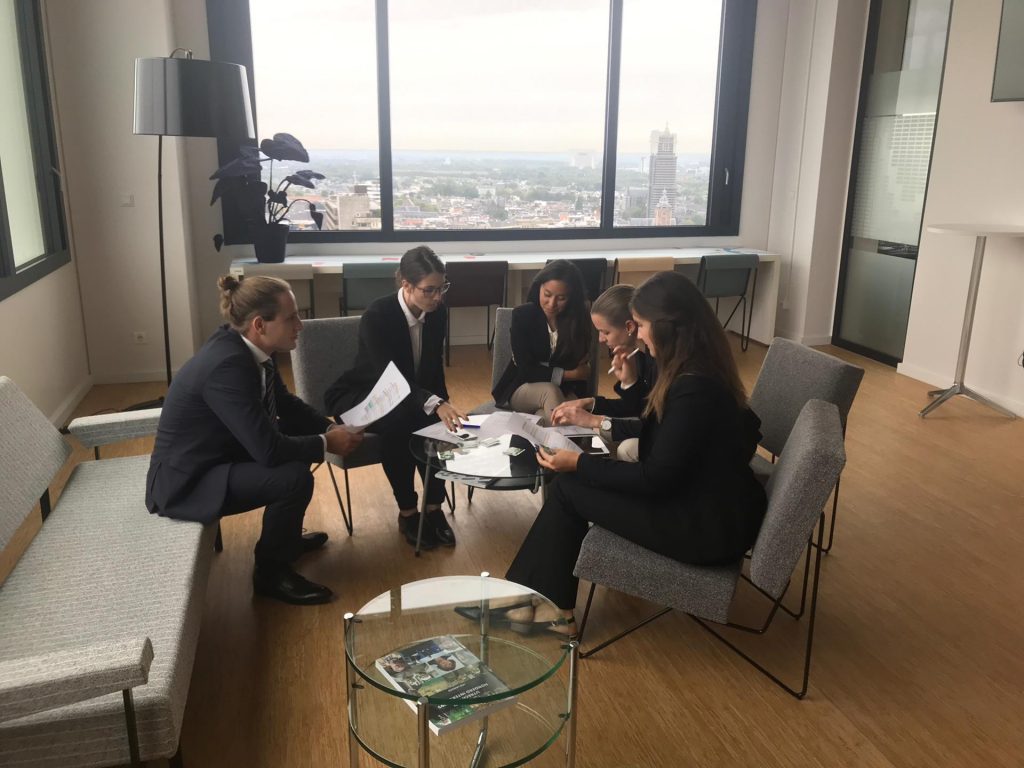 Last but not least the CFO gave us an insight into their digitalisation journey. After nearly killing the internet for the entire city of Utrecht with their blockchain project in 2017 the aim this year is to fully digitally check the flow of the 1.49 billion Euro municipality budget by the end of this year “met een druk op de knop”.

After saying goodbye to our great hosts most of us took a walk through the old city of Utrecht, which is beautiful even in the rain. This evening our group will meet at Cafe de Kroon in Amsterdam for an informal get-together. 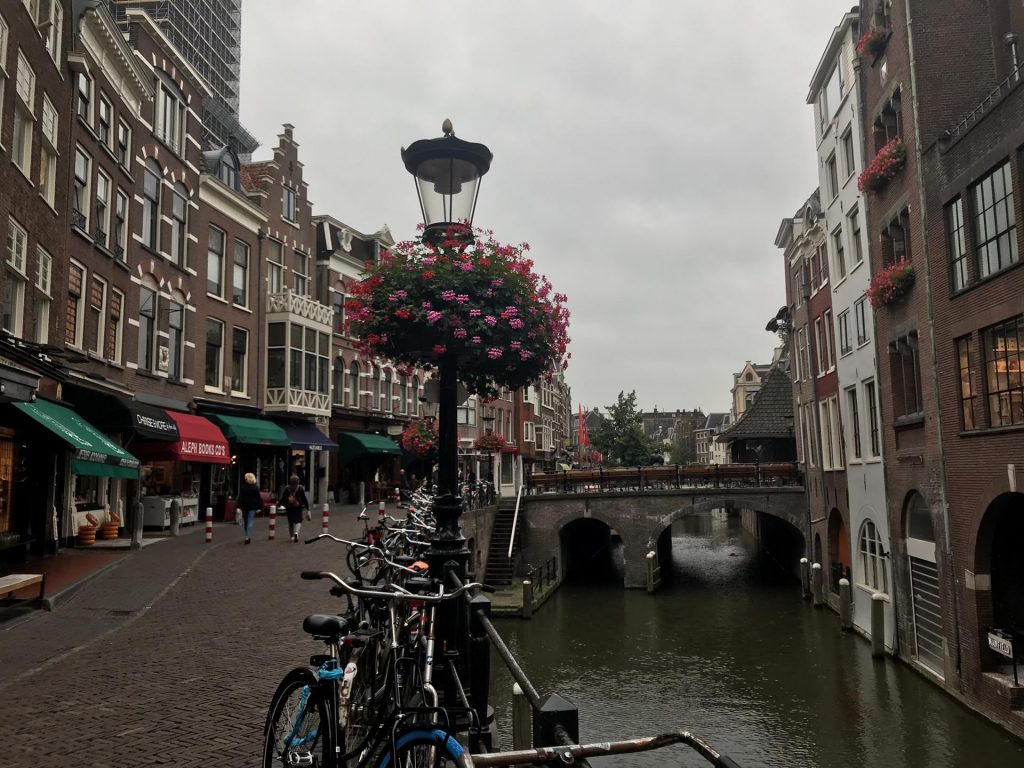 Beautiful old city of Utrecht in the rain