Contextual Intelligence: How do Belgium and Switzerland differ?

While walking through the streets in the capital of Europe, it is clearly visible that not everything is like it seems to be. Homeless people, lonely children, rubbish and a high police presence dominate the centrum of the city. Nevertheless, enormous buildings like the palace of the king or the whole EU commission area enlighten the city. The following pictures illustrate the contextual intelligence between the capital of Europe and the neutral not-eu member Switzerland. 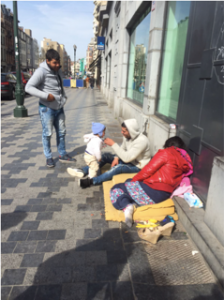 This pictures illustrates the high discrepancy between the european elite who meet and live in the exclusive residences and the ones who lives with nothing. 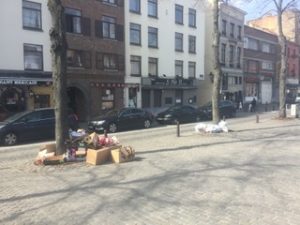 Rubbish on the Streets:

As seen in the picture, rubbish dominantes the streets. Contrary to Switzerland where streets are spotless and clear. 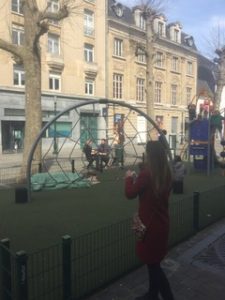 As the drunk men is sleeping on the playground kids are playing around him not realizing the gravity. 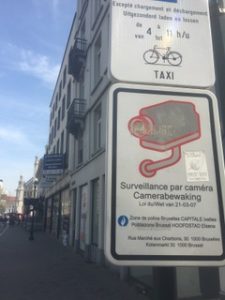 In the last decade the number of surveillance cameras increased to a total of 1365 spread all over the city. This illustrates the high level of anxiety in the country. 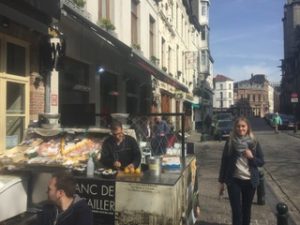 Seafood instead of Bratwurst:

Despite the reason terror attacks, people in brussels are still enjoying life on the streets – drinking beer and eating traditional seafood dishes.

To summarise, it is not as shiny as you would expect from the so called capital of Europe. Brussels is a great illustration of all the problems the EU has to deal with, immigration, wealth gap and terror threat. Nevertheless, it impresses also with its rich culture and history influence by all big powers of Europe. Furthermore, the citizens still enjoy life despite the problems they face everyday in their daily life.