“The ability to understand the limits of our knowledge to an environment different from the one in which it was developed.”

The following subtopics will allow the reader to comprehend the highly complex topic of Contextual Intelligence in a simplified and easily understandable way with five selected frequently occurring happenings. 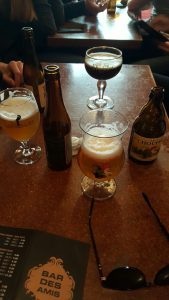 Belgium has a historical beer tradition. This is noticeable as many pubs are offering a large variety of different beers. Interestingly, this displays the notion of being able to choose, which is important to Belgians. Often each beer has its own beer glass, and it’s regarded as a cultural faux pas to drink the beer out of the wrong glass. 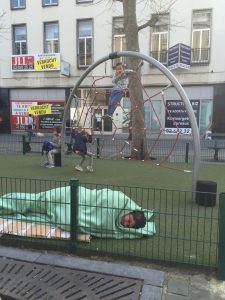 Last year, Belgium granted refugee status to a record number of 12,197 asylum seekers, which is almost double the number of the year before. Further 3,281 asylum seekers were granted protection. Although this number is high for Belgium, other countries including Germany or Turkey have taken several hundred thousand resp. several million refugees since 2015. Also, homelessness in Brussels is a growing issue with a lot of Youngster between 16 and 18 living on the streets. 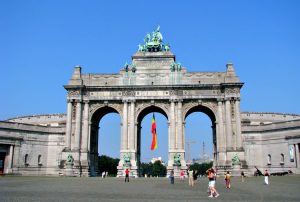 Looking at the Jubelpark arcade in Brussels there is a striking similarity to the Arc de Triomphe on Champs-Elysee in Paris or the Brandenburger Tor in Berlin. Although from an architectonical point of view the similarity cannot be dismissed the intention of the construction of the arcade is different. In contrast to its peers in Paris and Berlin does the Jubelpark arcade not resemble a demonstration of military superiority but merely a symbol of architectonical ingenuity.

In contrast to our “Bürli and Bratwurst” Belgium people just love their seafood. Especially during the weekends the restaurant/market “Noordzee” is the place to be. Fresh fish, mussels, snails and everything a fish-lover would be looking for under the sea can be
found there – Bon appetite! 🙂 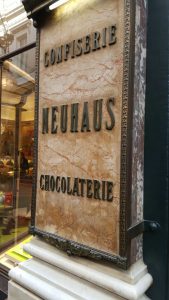 A big debate arises when Swiss and Belgians are asked about where the best chocolate comes from. Chocolate manufacturing has a long tradition in both countries and distinguishing which one is the better is a subjective assessment. The fact, however, that the founder of the most exclusive brand in Belgium is a Swiss, adds to the account of Swiss expertise in chocolate.

To sum up, Brussels is a beautiful city with its own very prestige customs and culture. Yet, one shall not forget that beyond the beer pubs, chocolate shops, and seafood restaurants also lays a Brussels is torn between past and future, Belgians and Refugees, poor and rich, EU and Brexit but the most important fact that will for always remain is:

The best Chocolate is from SWITZERLAND!