How do you enjoy a park or sight in Brussels? Most of the time with calmness and sitting on a bench, at a picnic table or next to a fountain.

In 1964, Jean-Claude Decaux invented the concept of “street furniture”. The main idea was to give a free access to the well – maintained street furniture to a society. However, in return, the advertisements should have been placed on such structures.

From the beginning, street furniture attracted advertisers because it gave them the opportunity to spread the commercials in the most popular spots.

The decisions on street furniture are made by local municipal governments in cooperation with private landowners. Therefore, the process of business entry might be over bureaucratized and time consuming.

Something stands out in all the parks and green areas, as well as sights in the cities of Europe. More and more places are decorated with street furniture.

The most known types of street furniture are:

However, we will focus on benches in this blog. Brussels is famous for being especially attractive tourist destination due to its historical heritage and architecture. Yet regardless of the attractiveness of the place you cannot walk around the whole day. That is where benches enter the game. After two days spent in Brussels, the following findings can be drawn.

There are a lot of tourists and locals in Brussels. The city of Brussels is one of the 19 municipalities of the Brussels-Capital Region and the capital of the Kingdom of Belgium with 176,545 inhabitants in the official city area. However, the urban settlement area extends beyond the city of Brussels to the Brussels-Capital Region with a population of around 1.1 million. Furthermore, there are approximately 5 million tourists every year. Therefore, they need places to sit down and enjoy the beautiful sights of the city. Nevertheless, we noticed that there are not many public benches in the city center. People are sitting on the ground and stairs. 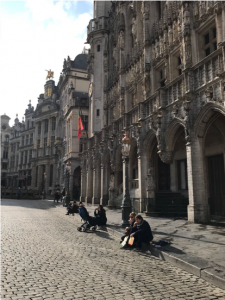 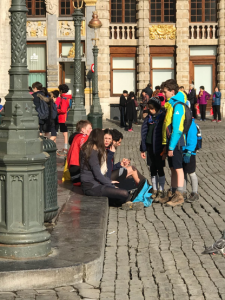 Moreover, overall impression about the already existing infrastructure was rather skeptical. Since many benches in the central park and other central spots were either damaged or in poor conditions, they are hardly usable. 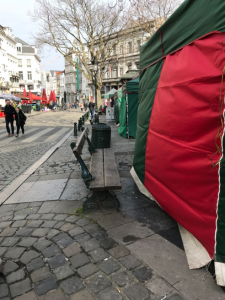 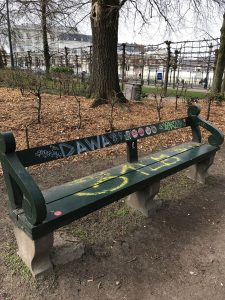 Another important finding concerns competition. With 250 employees JCDecaux is clearly one of the largest companies in street aesthetics in Brussels. For more than 50 years the company manufactures various products of street furniture.

Considering the shortage of benches in the city center, their bad conditions nearby, no advertisements around the benches, it is a promising chance for a Swiss company to enter the street furniture market. With the Swiss quality they can contribute a higher standard to the public sector. This goes in line with an opinion of the young people who were interviewed in the street who indicated that they would like to see more interactive public furniture like in other capital cities (musical benches in Warsaw).

According to the Brussels Times article from April 2016, there are plans how to increase the public space and also the city experience. We noticed a lot of construction works in the city center. These areas are supposed for pedestrians in future. Therefore, there is an opportunity for a Swiss company to enter the market, starting with the city centre. 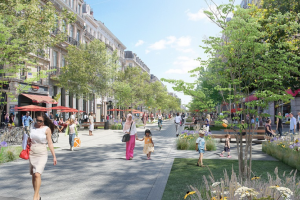