Rise and Shine – this morning we were finally greeted with some splendid sunshine. Hence, the group met at Motel One infused with a lot of energy for the day to come and a cup of coffee in hand. During the morning briefing Daria and Ana informed the class about our program of the day and the organization we were about to visit: The World Bank. They are in charge of developmental work and hence not a bank in the classical sense. Further information was provided about the history, location, and multinational development of the World Bank and most importantly the specifics of the Center for Financial Reporting Reform (CFRR), which is located here in Vienna. We were told some specifics about the representative we were about to meet: Dr. Andrei Busuioc, a Senior Financial Management Specialist for the CFRR. After Sandro Fuchs summarized the big picture and especially highlighted the differences between the International Monetary Fund (IMF) and the World Bank, Karin Brunner said her goodbyes and we sent her off to London to meet with our classmates from the health specialization.

After a quick ride on the Metro we enjoyed the sunshine during a more or less anticipated 10-minute walk to our destination. Upon arrival at a super modern glass building a high-speed lift brought us up to the 19th floor where we were greeted with a spectacular view from the offices of the CFRR. 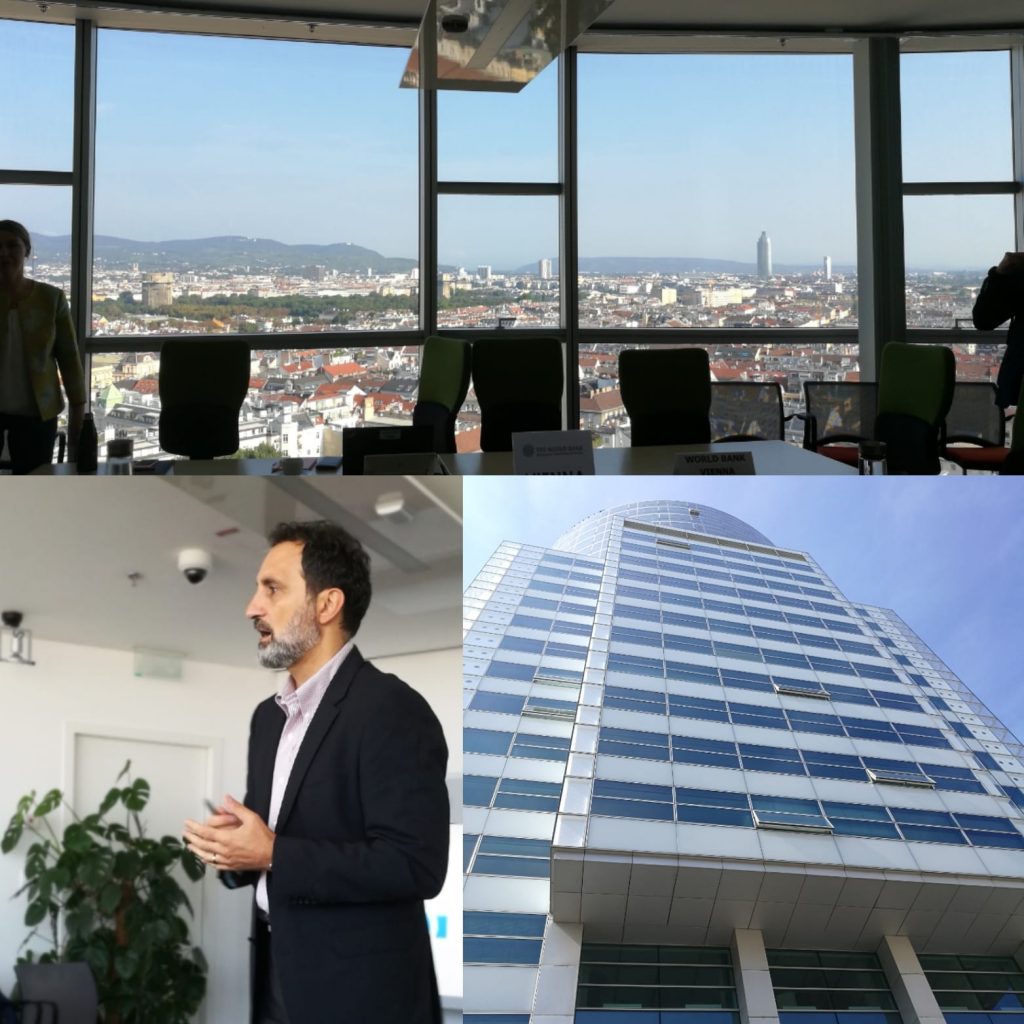 We had the pleasure of being hosted by no less than three representatives of the World Bank: next to the announced Dr. Andrei Busuioc, we were introduced to Goran Tinjic, Senior Operations Officer, and Antonia Ida Grafl, Senior Financial Management Specialist for the Public Sector. Goran managed to grasp our attention from the moment he started his presentation through his charismatic and captivating presence. He provided a very passionate introduction of the World Bank’s history and their activities, along with his projects in Eastern Europe. The main take away from his part was the World Bank’s mission:

His presentation left us with the impression that the World Bank is a people-oriented organization which builds their capacity on cultural diversity, knowledge transfer and long-term experience of their employees. They furthermore pride themselves as being highly transparent through making every document publically available.
After around an hour Goran unfortunately had to leave for his next appointment, although we had the impression he would have loved to answer more questions from our class.

Following, Andrei presented an overview of the CFRR, with their main goal of capacity building in auditing and improving financial reporting infrastructure. Specifically, we discussed projects in several European and Central Asian countries, many of which received partial funding from Switzerland. 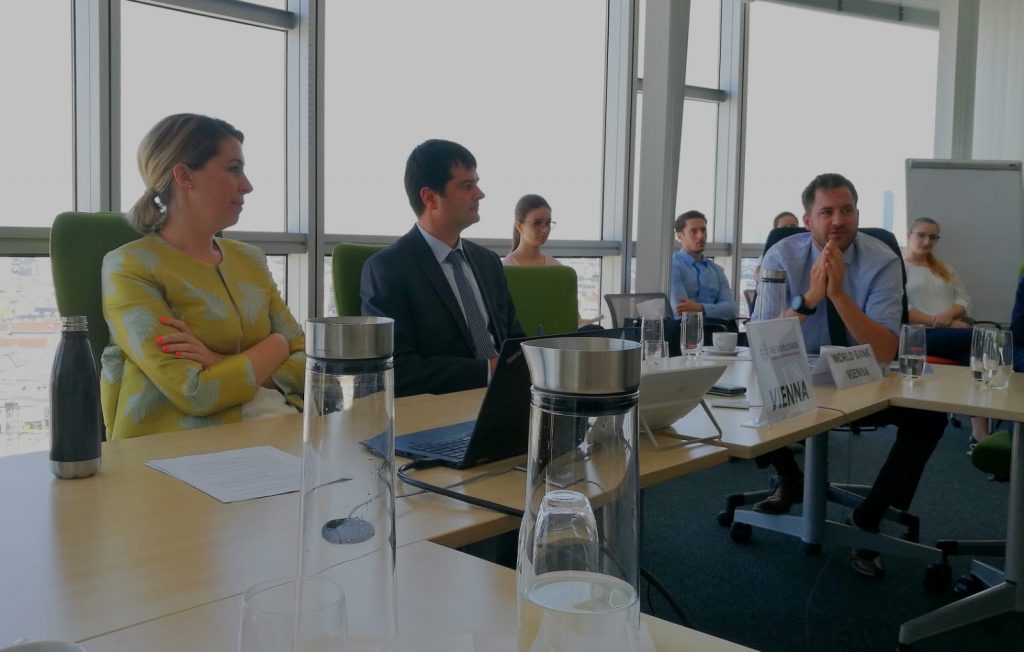 Antonia took over as the last presenter and elaborated on the anticipated implementation of accrual accounting standards. One of the main challenges the World Bank faces in this regard is that countries often underestimate the time it takes to change their public financial reporting system. Interesting enough, implementing accrual accounting alone does not fulfil its purpose if countries and people do not have the capacity to actively use the system. To finalize her presentation Antonia treated us with a nice video on a current program (PULSAR) in partnership with the SECO, in which Sandro Fuchs held a starring role.

Finally, as a key message for the semesters to come:
Not only for us, but it also takes the World Bank and its employees a lot of energy, endurance and passion to initiate and accomplish their projects and goals. 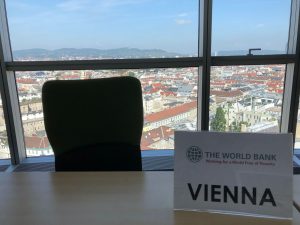 Following our visit, we spent the afternoon enjoying some free time and working on our group assignments. Hours and hours of hard work later we spoiled ourselves with a nice cup of tea… 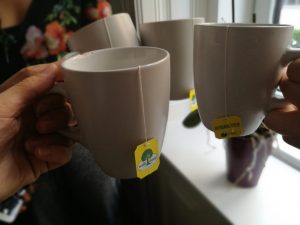 Just kidding! We met up with the whole class at Garage 01 for one, two, three… drinks and some delicious food. 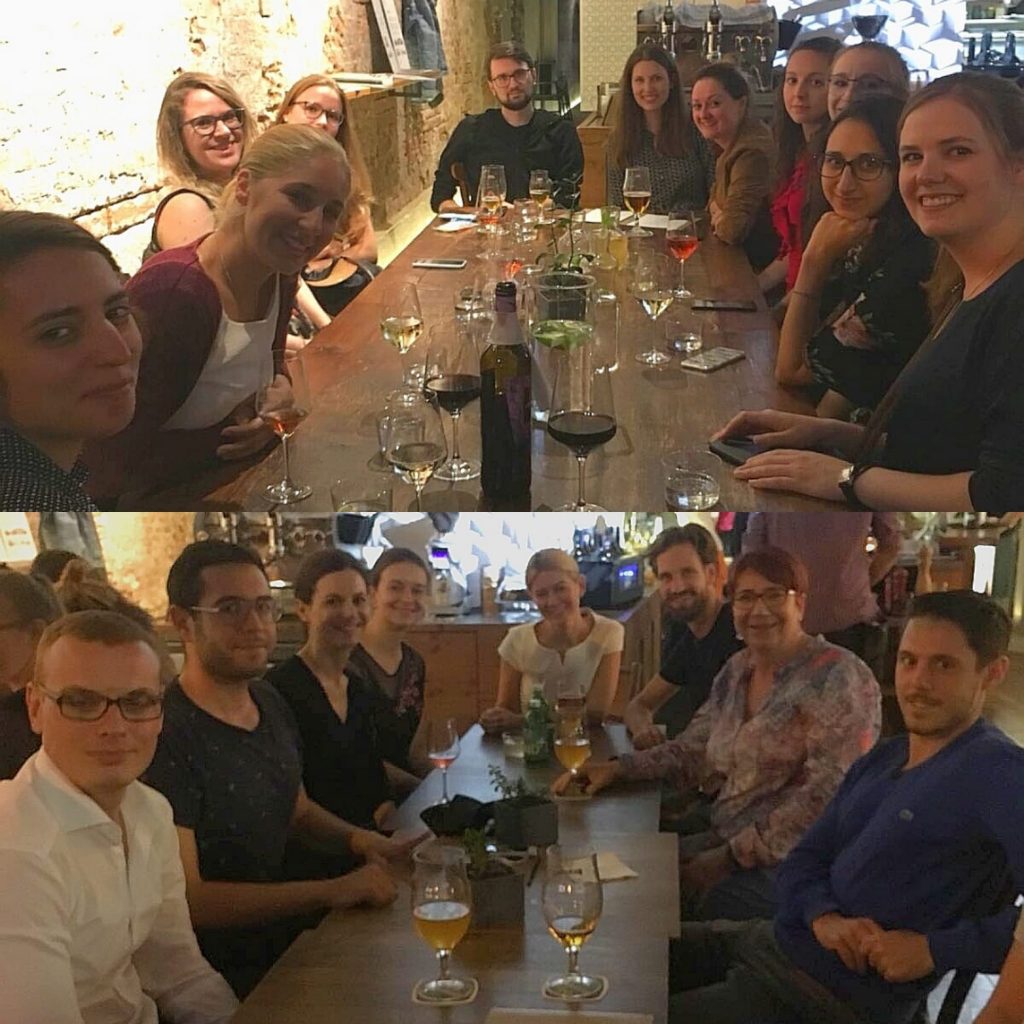