After a pleasant flight from Hong Kong, we were looking forward to exploring a new country. At the airport we had some time to exchange our money and suddenly all of us were millionaires, since the exchange rate for Swiss Francs to Vietnamese Dong is around 1 to 22’000. 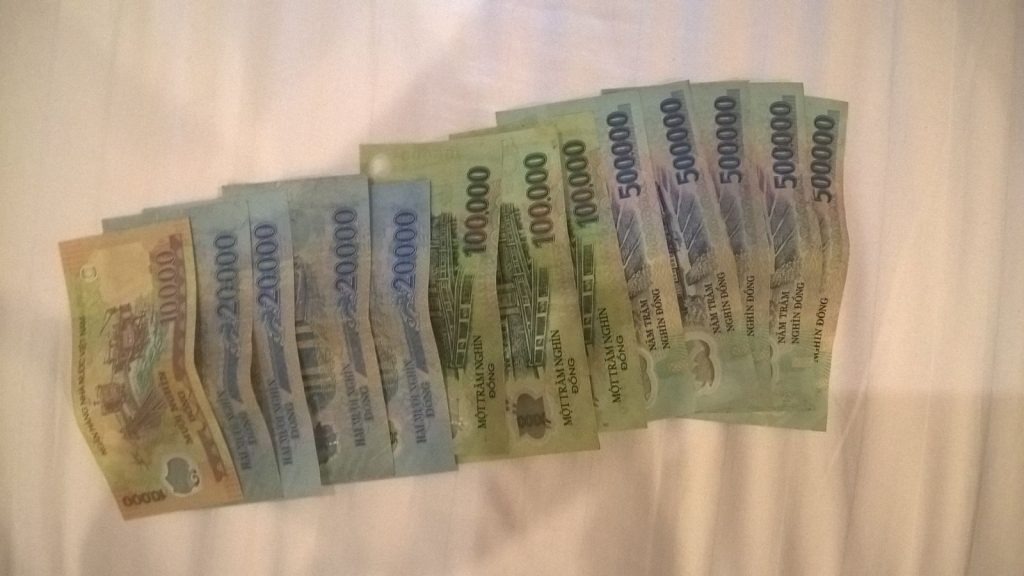 We divided our group into two parts because the Vietnamese bus drivers just came in small vehicles. At first we were a bit worried regarding the available space in the bus. But it was no problem at all, our bus driver managed to fit the luggage perfectly. We figured he must have been a great Tetris player as a child. 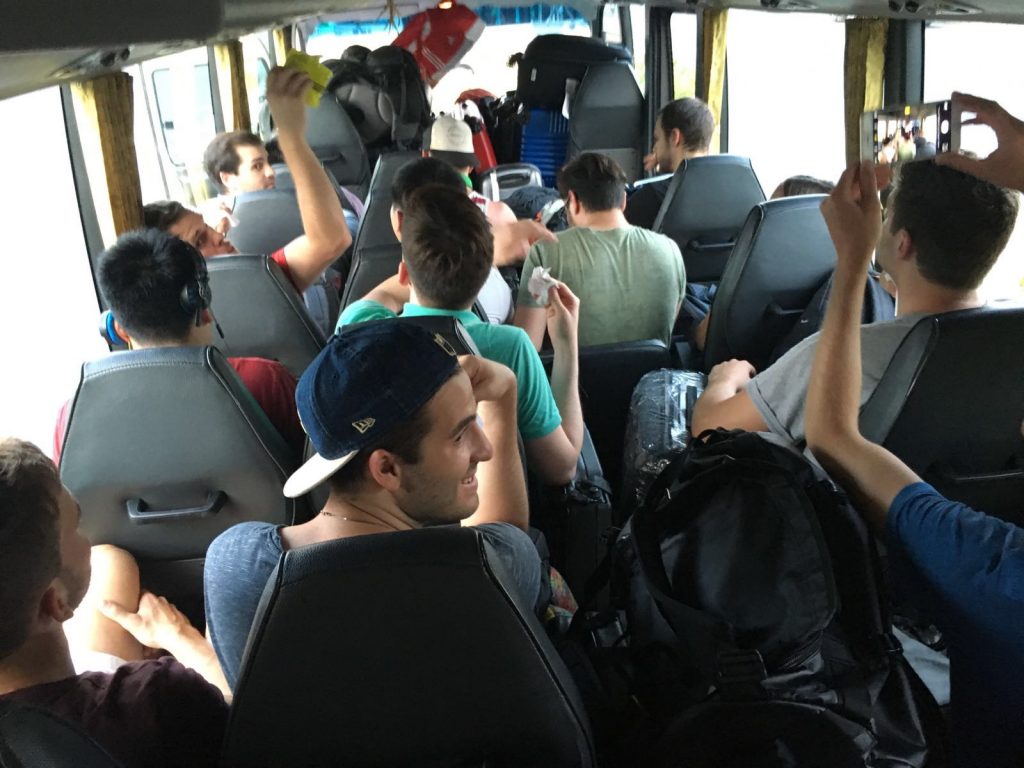 During the trip to our hotel we realized how different Vietnam is compared to Hong Kong. Motorbikes were everywhere and there seemed to be no traffic law. Still, the chaotic looking traffic system worked somehow and no accidents were seen. We experienced that the motorbikes in Vietnam are used for everything. It is not a problem to fit five people on a single motorbike and therefore it substitutes family cars. Also it can be used instead of a truck to transport heavy wood, pipes, water and anything else one could dream of. We checked in and after a shower we walked through the vibrating night market in the old quarter passing by numerous little shops and owners trying to sell their goods. We made our first physical contact with Vietnamese traffic laws when we had to cross several streets. Basically there are crosswalks, but no single motorbike would even consider stopping for a pedestrian. So the rule is to just walk and the motorbikes are going to find a way to avoid a collision. Even though the sun was already set, the temperature was still over 35° Celsius and the humidity was brutal. As we got to the rooftop restaurant we were soaked with sweat to the degree that most of our t-shirts had changed the color already. We arrived at the mentioned location, which had a breathtaking view over the lit-up old quarter and beautiful Hoan-Kiem lake. While we were enjoying the view over the city, we suddenly realized that some members of our group got lost in the crazy traffic of Hanoi when we crossed the last road to the restaurant. However we found them quite quickly, and could enjoy the dinner without any further incidents. As we already decided on the dishes earlier on, the food came quickly and we enjoyed the famous and delicious traditional Vietnamese food. We also realized that the clocks in Vietnam tick a bit differently since we were the last guests at 10pm already and the kitchen was closed. 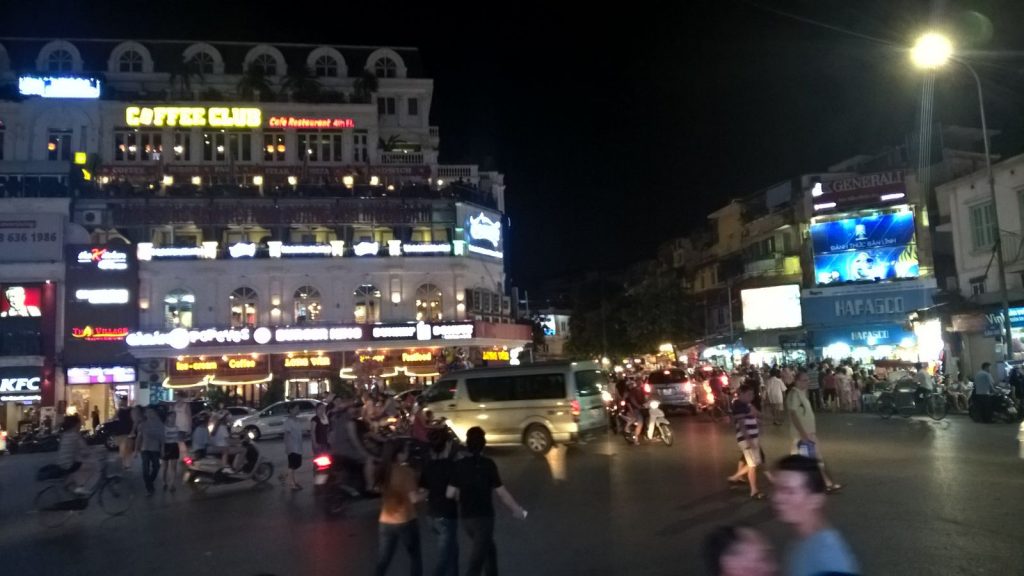 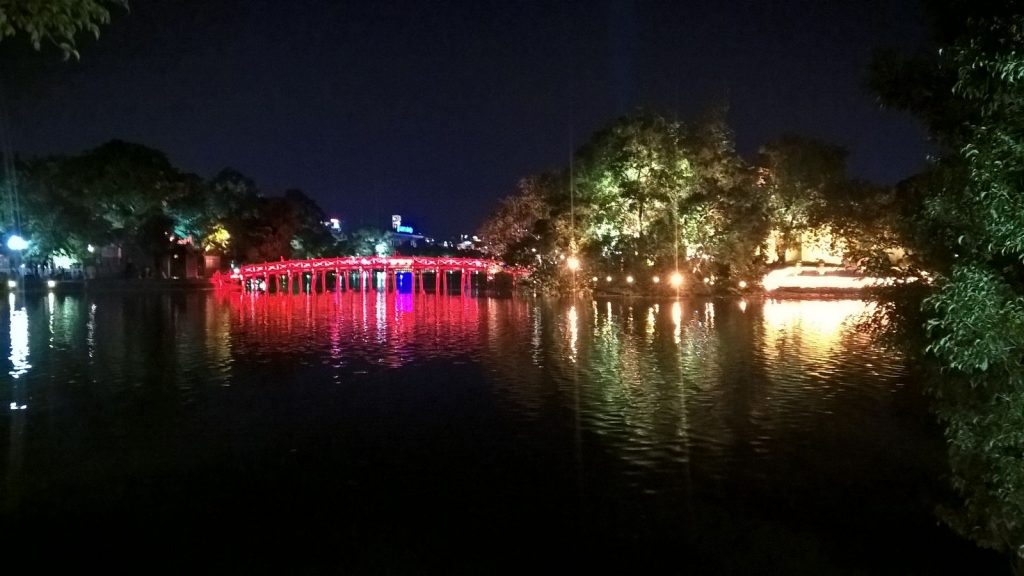 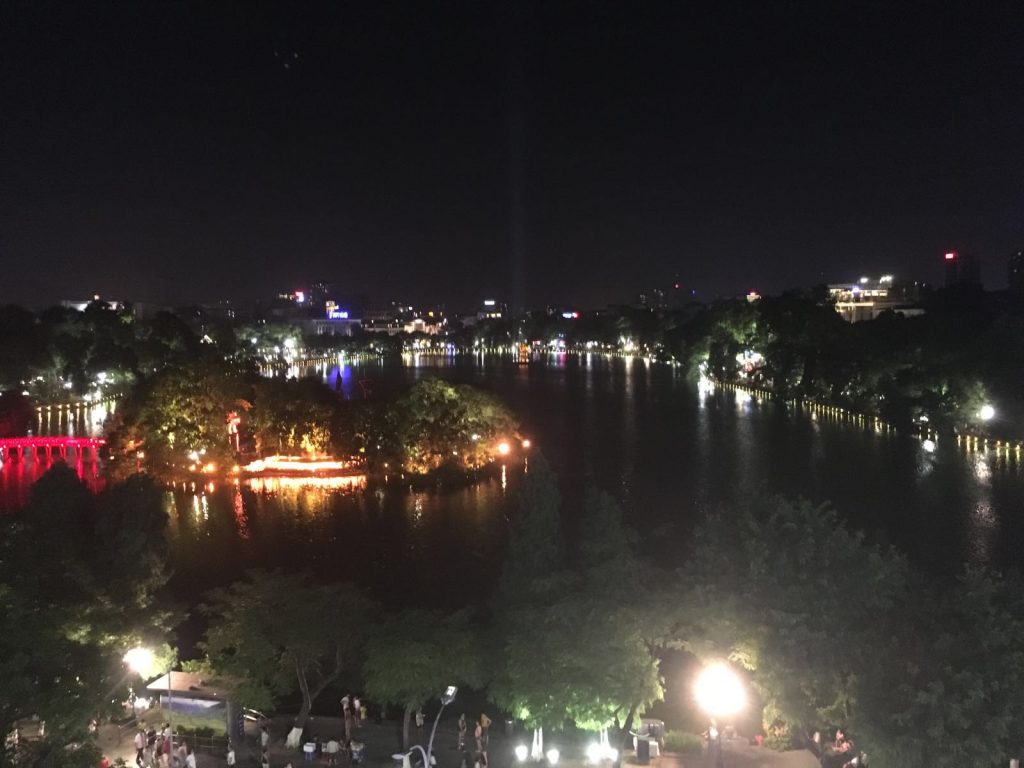 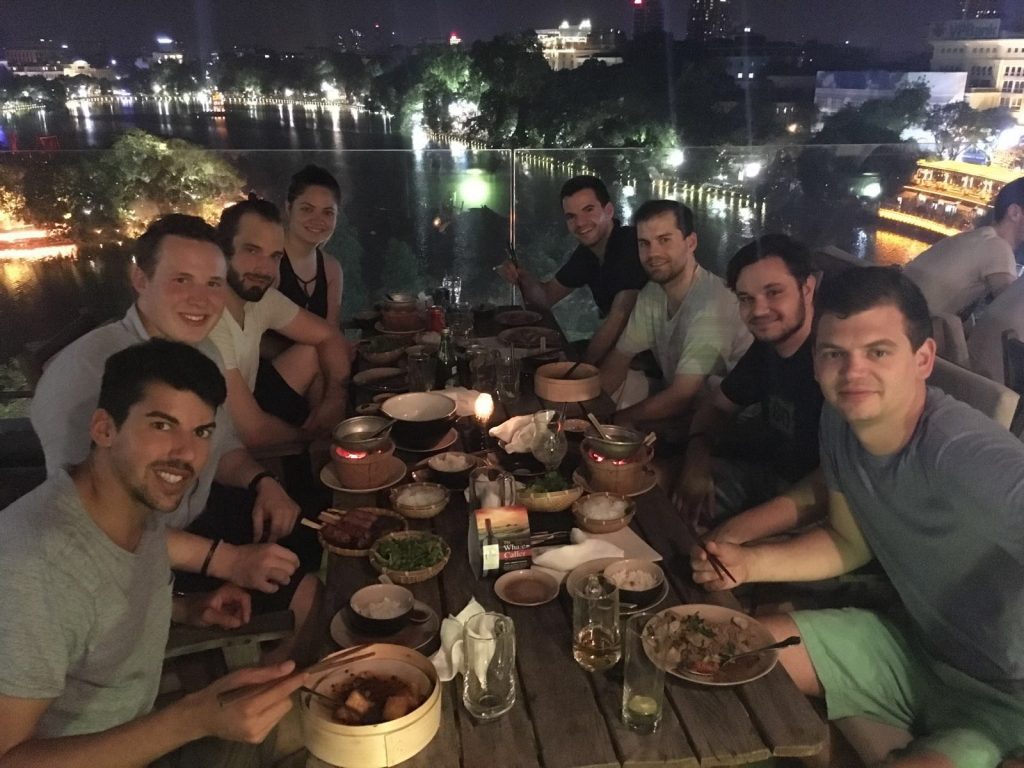 After the great dinner it was time to watch the finals of the European soccer championship. Therefore, anyone who wanted to stay up until 2am to watch the game walked to a popular sports bar. It is quite exceptional that bars in Hanoi stay open that long, which was the reason why the bar was extremely crowded. The bar was packed with French people (including representatives of the French embassy), while there were just a few Portuguese supporters. We enjoyed the preshow on national TV and even discovered ourselves in some of the scenes, since a Vietnamese crew was broadcasting live from our sports bar, capturing the cheering French supporters. On the way back to the hotel we experienced the widely known tricks of the taxi drivers. They try the typical tricks like driving in loops or using modified taximeters, which increase at a rather fast pace. However, as soon as the driver realized that we are not that easy to be cheated on, he drove straight to the hotel. 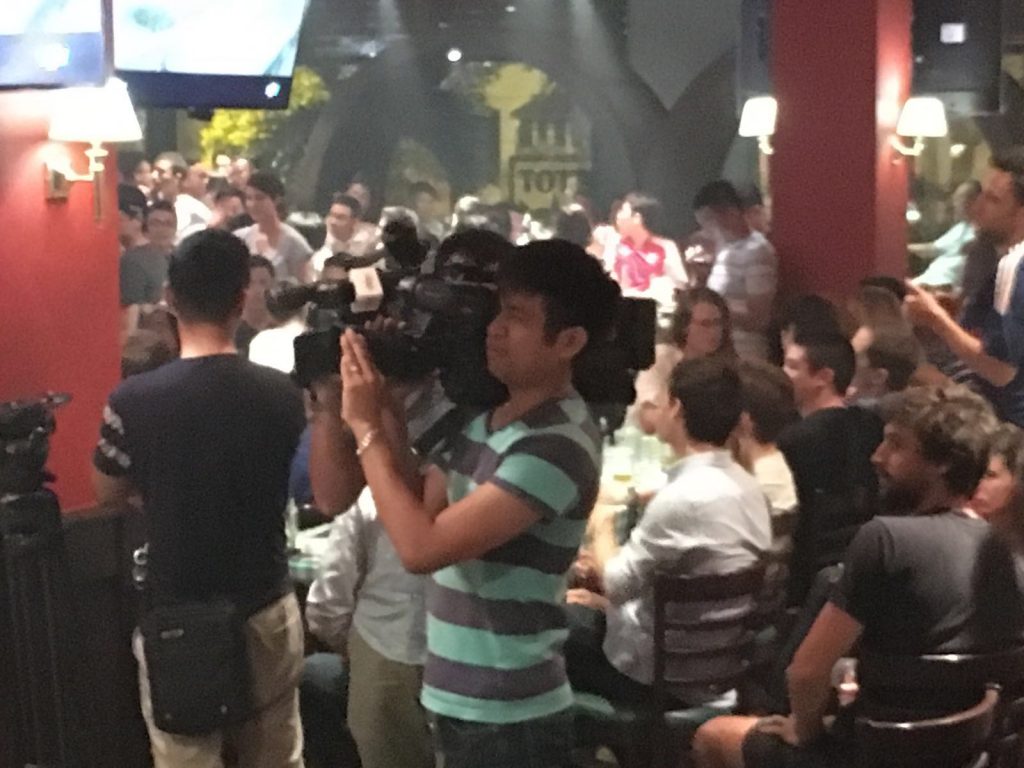 The following day we had some free time in the morning and were able to do individual sightseeing and soak up the busy and chaotic atmosphere of Hanoi. We then all gathered at the Swiss Embassy. The ambassador Maser gave us a warm welcome in her office and some very interesting facts about the culture, economy and challenges of Vietnam. At the moment almost 100 Swiss companies are located in Vietnam. As the ambassador explained, the country is currently at a crucial economical point as they are trying to boost economic growth. The next few years will decide if economic growth will continue or whether the country will fall into the middle income trap. In addition, the troubles in the South Chinese sea were discussed extensively. Overall we received a good insight into the job of an ambassador and her daily work. 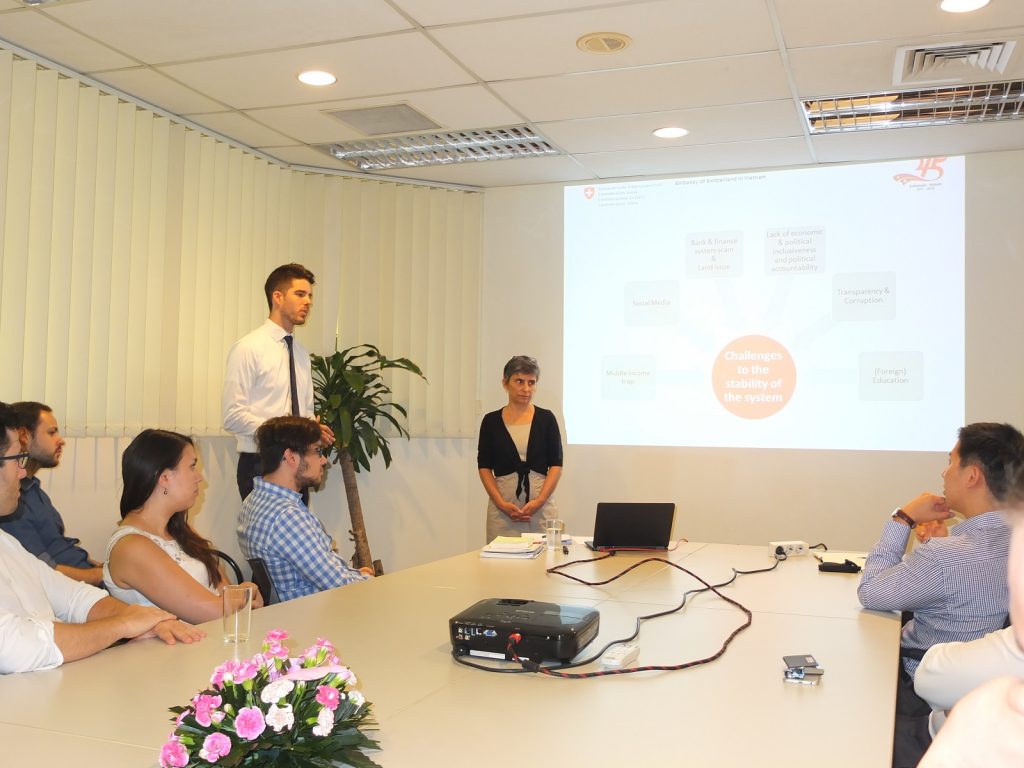 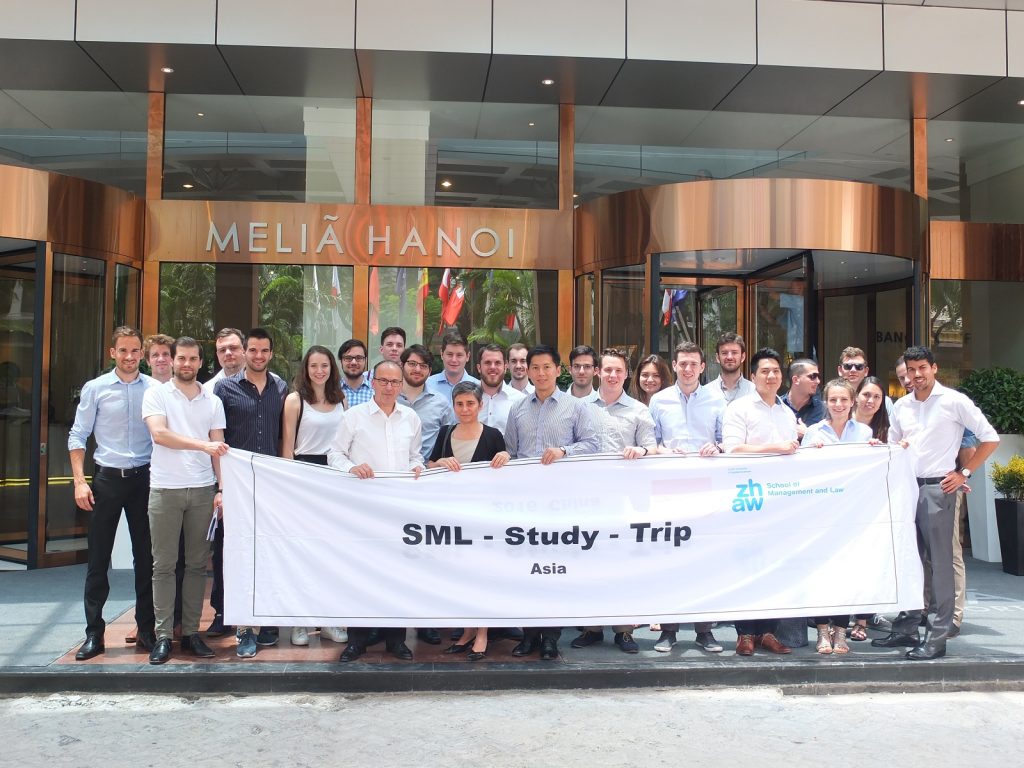 After a short lunch break a bus picked us up at the embassy to visit the Carlsberg brewery, which is located in the center of Hanoi. We received an insight into the Vietnamese beer market, Carlsberg’s product portfolio and how the different customer segments are targeted. Interestingly, in the rural areas of Vietnam, locals drink up to 10 beers per day due to simple boredom. Moreover, we were told that in the North of Vietnam, women usually drink tea or coffee while the men drink alcohol extensively, whereas in the South it is more common to see women join the men as well. Later on we were shown around in the brewery, where all the different Carlsberg brands for the Northern part of Vietnam is produced and bottled. 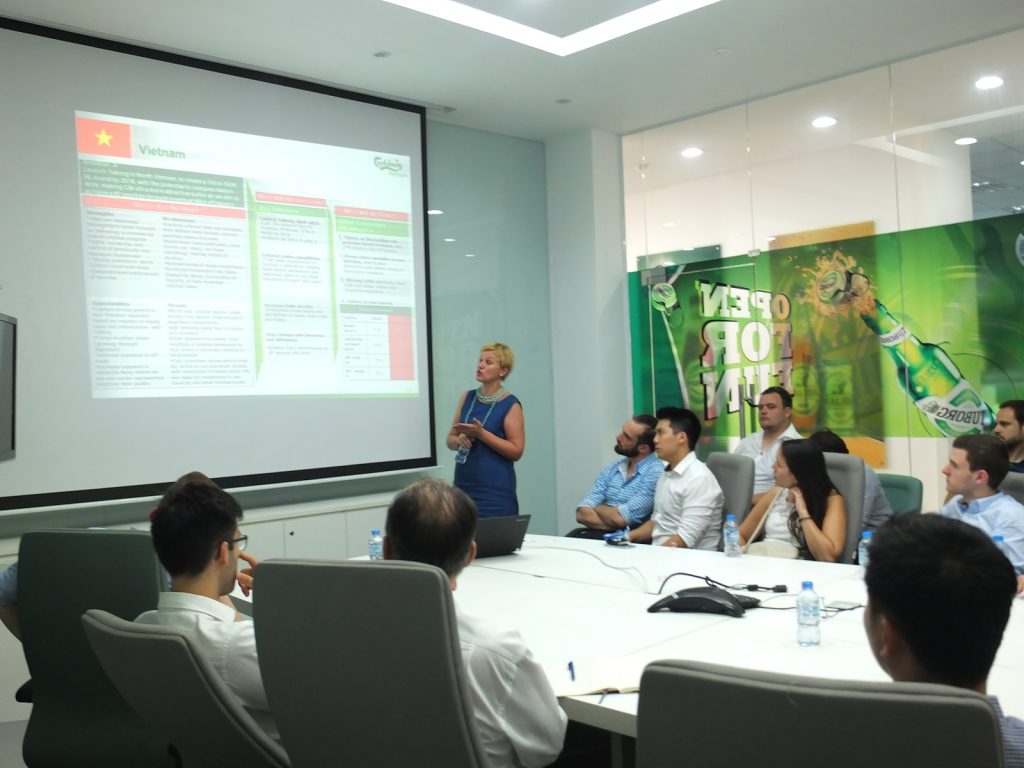 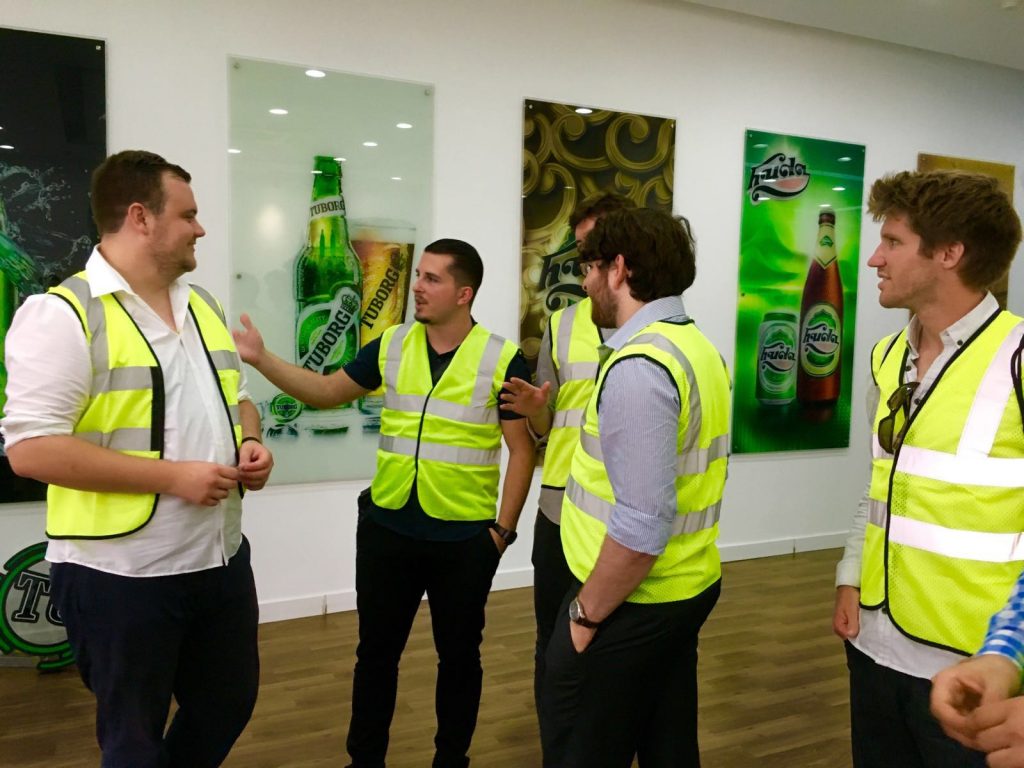 In the evening we had some time off and thus walked through the vibrating city, where we enjoyed the diverse and dynamic ambience of locals and tourists mixed together, eating, drinking and celebrating. It was the birthday of one of the students and it is safe to say that we had a lot of fun celebrating it. Great music, fantastic food, cheap beer (0.10 CHF per glass) and even better company resulted in a night to remember. 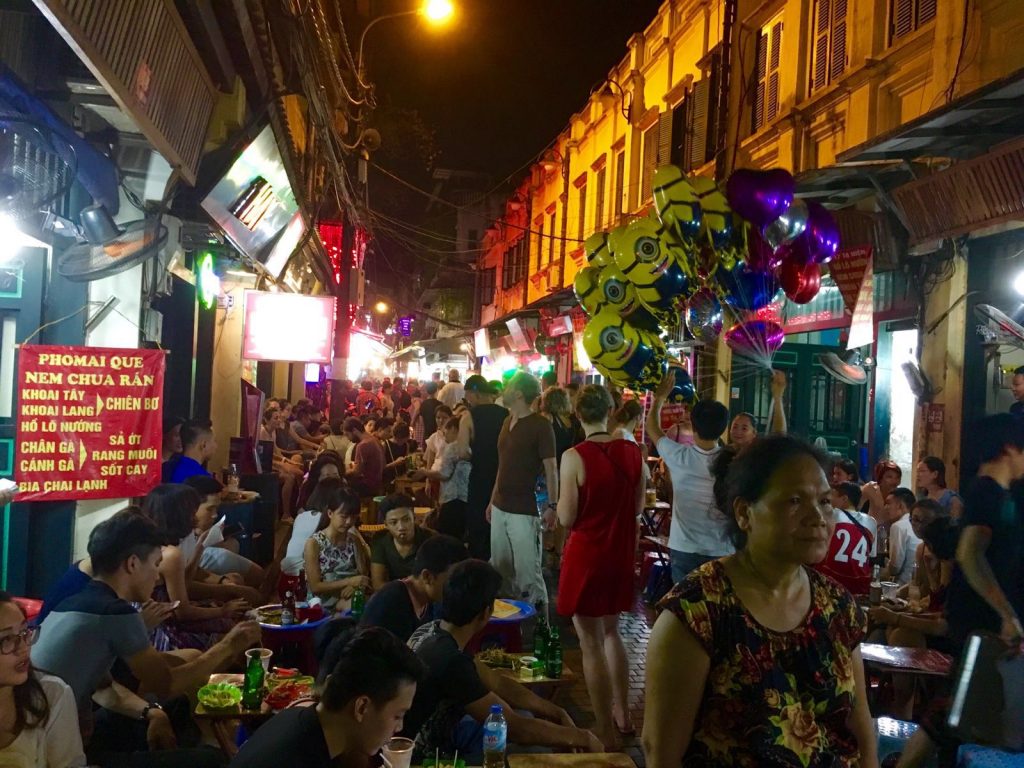 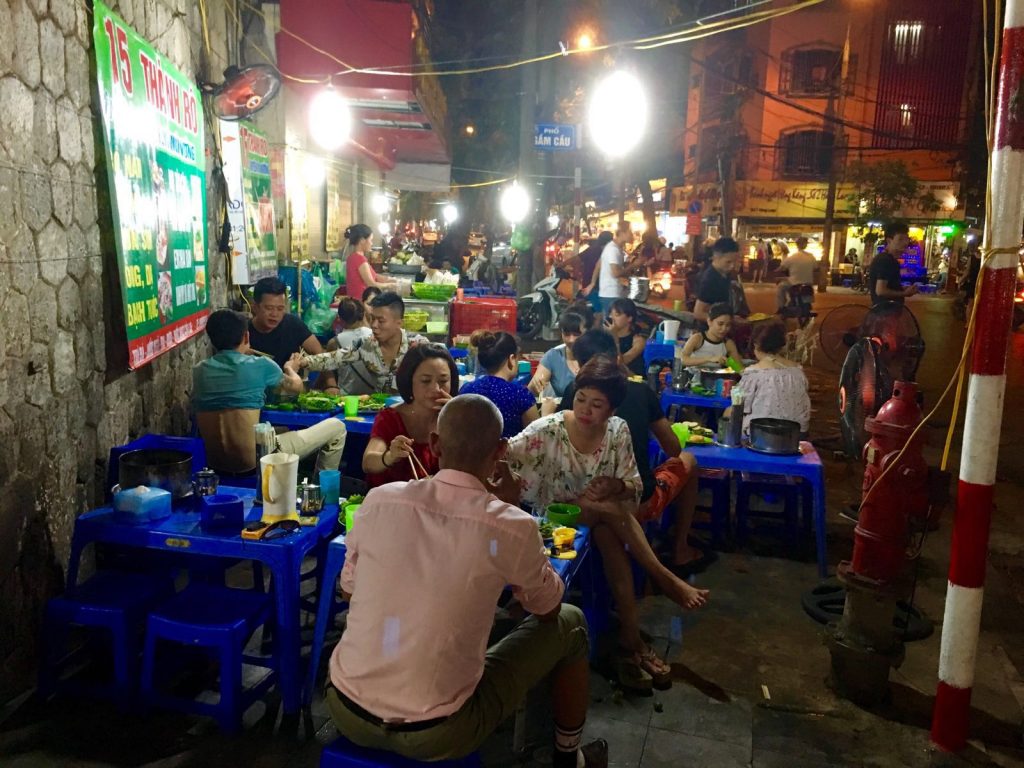 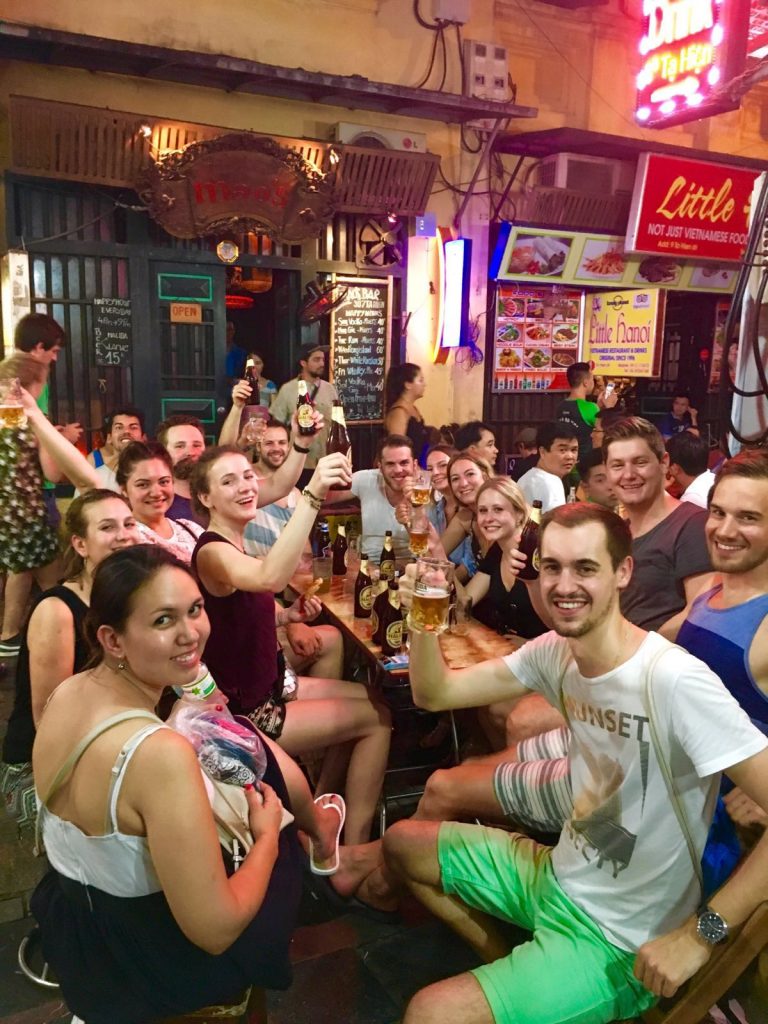