On the fifth day, our program was slightly different compared to the previous days. Instead of visiting companies, participating in exciting presentations, exploring different parts of cities and cultures, or spending the evening at the local Swiss embassy, we were allowed to visit the port of Shanghai – by now the biggest port of the World!
After a good night’s rest from the previous evening, we were picked up at the hotel to be driven to the port. As we later were told the port of Shanghai is not a consecutive site but rather split up in several unique sites that were located around the Shanghai area. Indeed, we were brought to the newest expansion of Shanghai port infrastructure – Yangshan Port. Located on an island surrounded by 15-meter deep water to allow even the biggest of all transport ships to dock and load their precious goods. To get there we were heading southwards to the ocean right through the city of Shanghai. This journey once again enabled us to try to grasp the unbelievable vastness and growth of this city or rather China as a whole. Grasping the sheer speed at which China grows (or has grown so far) became even harder once we realized that the by fog engulfed bridge we were driving on was not simple any bridge. It was a 32.5-kilometer-long bridge right through the ocean that connected the main land with Yangshan Port. This alone already made an impressive achievement (2x the length of the Gotthard tunnel), but the fact that it was built in only 2 years (!) finally made most of us realize the true commitment China invests in its growth. 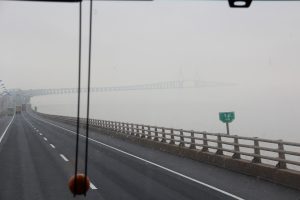 The Yangshan Deepwater Port Project commenced in June 2005 and Phase I Terminal put into operation already at the end of 2005. Yangshan Phase I, Phase II, and Phase III Terminal were fully completed in 11 years. For the time being, the three terminals totally have a 5.6 kilometers quay length and equip 16 berths. To further consolidate and improve the status of Yangshan Phase IV Terminal began construction in 2014. Planned is a fully automatic terminal with five 50 thousand tons container vessel berths, two 70 thousand tons berth, one working vessel berth and other facilities. It will be put into operation at the end of 2017. In the near future, there are almost no people planned in the dock site of Phase IV Terminal as all the operation will be intelligent and automatic. The group was astonished by the size, the efficiency and the huge numbers of containers. Finally, our bus driver was able to drive us directly through the port between narrow corridors and in the midst of thousands of containers – an impressive sight indeed. 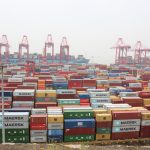 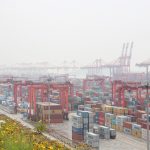 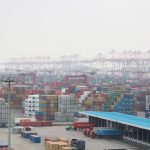 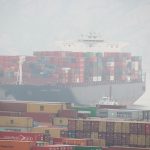 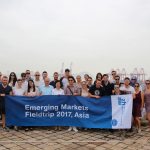 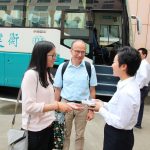 After a delicious meal we looked forward to spend the rest of the afternoon back in the downtown of Shanghai. Unfortunately, we had to realize that our driver was not able to meaningfully increase his driving skills over night as most of us were suddenly kicked out of their sleep at a particularly bumpy section of the road. After this shock we were free to spend the afternoon individually. Many small groups formed and discovered Shanghai on their own for the rest of the day and night. 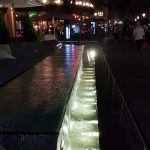 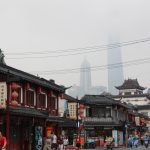 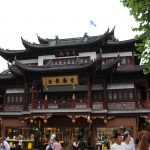 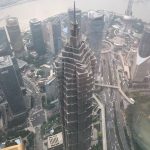 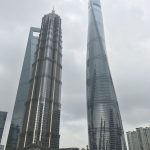 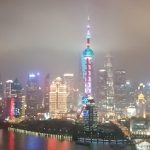