In the morning of June 26 the class started the day with breakfast in the hotel at 07:30 am. After that the shuttle bus brought us to Innoway. Innoway is a street with 200 length where different startups had the chance to incubate. 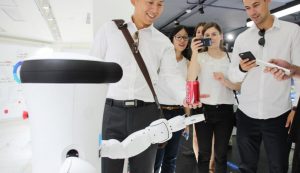 In total 1900 startups had their offices in the street of Innoway since the beginning and 743 of them succeeded in finding an investor. The total amount of money spent from several investors for the startups is 91.04 billion Yuan. 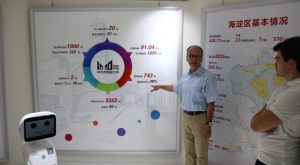 Innoway itself supports the startups in marketing, HR and other important stuff. At the beginning of the visit an employee from the communication department gave us some interesting facts about the company and we had the chance to see some technological innovations like roboteers. In the second part of the morning we went through the street and had a look into several startup offices. 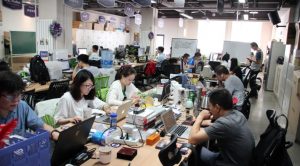 At 11:00 am the class went for lunch in a restaurant near Innoway or some of us went to McDonalds.

After an interesting morning, the shuttle brought us to the swiss embassy. When we arrived Loris Niederberger welcomed us to the embassy and gave us some introduction how he came to his job and to the embassy in general. We learned, that the embassy in Beijing in the biggest swiss embassy that Switzerland have in the world. For the afternoon, we were located in a room at the embassy where we had the chance to drink some coffee to stay fit because of the though program. 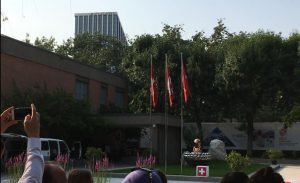 The first speaker we heard was Sophia Yan, a correspondent from CNBC who gave us a very interesting insight into the Chinese political system in connection with doing business in China. We learned that the Chinese government is controlling the companies very much and that it is very important as an entrepreneur to have good relationships to the government. After that Stefan Wellauer, a Political Advisor of the Swiss Embassy gave us a deeper insight into the daily business of the embassy. The next speaker was LI Jiang who works as a researcher for Phoenix New Media. In that presentation, we learned a lot about the culture in China and the influence of the government to companies or media. At the end Matthias Durrer from PwC Hongkong and Mainland China had a presentation about doing business in China. Key message from him was that everything is possible in the Chinese market but it is not easy to reach and you have to work hard to success. 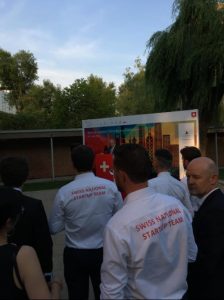 After the very interesting afternoon the class changed the dress because we were invited to the Ambassador’s residence for the Venture Leaders Event. This event is to connect Chinese investors with Swiss entrepreneurs. 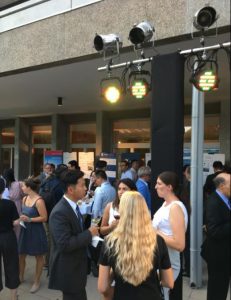 It was great to be there and we had the chance to listen to Swiss entrepreneurs who introduced the innovative products. After the presentation, we get some food and drinks at the buffet and used the evening for networking with the other guests.  It was a fantastic end to an interesting day.