After arriving in Vienna (Austria) the one week lasting study trip started with a tourist tour through the city. During this tour we were already able to get to know the important spots so we wouldn’t get lost during the several trips ahead of us. Vienna is a vibrant city which has been and still is bridging the historic past and the digital future, the perfect precondition to explore a lot of new things and to gain new knowledge. 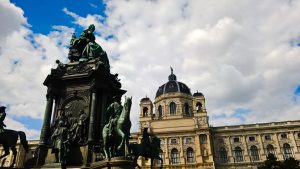 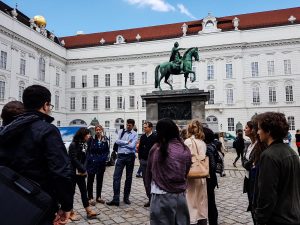 Following a short lunch break the official part of the study trip started at the department of internal affairs (Bundesinnenministerium) where we were introduced to the subject of e-voting. Mag. Gregor Wanda and Mag. Robert Stein gave us some excellent and interesting insights to this future orientated subject and we had the chance to discuss even further aspects of e-voting with the two experts.
We got the chance to compare the status of e-voting in Austria and in the European Union in general to the one in Switzerland. The law in Austria as of now does not allow the utilisation of an e-voting system during an actual vote. In contrary the Swiss law allows the use of an e-voting system to some extend. For example it is allowed in certain states – typically federalistic – for the Swiss citizens who life abroad or for citizens who fulfill certain terms to vote via an e-voting system. In this comparison it can be said, that Switzerland is a step ahead, but if we would compare Switzerland to other countries we could still go some steps further.
On international level only one (soft) law exist to the subject of e-voting. The Committee of Ministers to member States from the Council of Europe adopted on June 14th 2017 the recommendation CM/Rec(2017)5 on standards for e-voting, a follow up document to the initial recommendation Rec(2004)11 on legal, operational and technical standards for e-voting which was adopted in 2004. The CM/Rec(2017)5 includes 49 e-voting standards listed in the sub groups: universal suffrage, equal suffrage, free suffrage, secret suffrage, regulatory and organisational requirements, transparency and observation, accountability and as last sub group reliability and security of the system. Besides this (soft) law, which sets a minimun standard in member states, quite a number of international organizations all over the world are dealing with the subject of e-voting but in a non-binding and more advisory way.
E-voting in the digital age is of upper importance and in the long run no country can allow itself to not be part of this evolution. However e-voting cannot be seen as a standalone subject but rather as a small piece of the whole e-governance development, were cyber security, accountability and accessibility will always be a big issue. 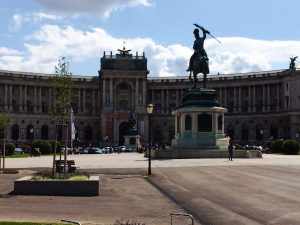 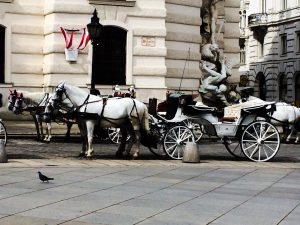 After a very interesting and informative first day we got more time to explore the city and to figure out what we wanted to visit during the next days. We are all looking forward to the rest of the study trip and all the things we are going to explore and the insigths we will get. 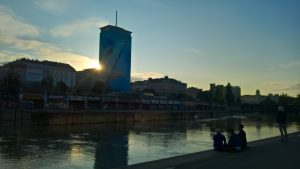